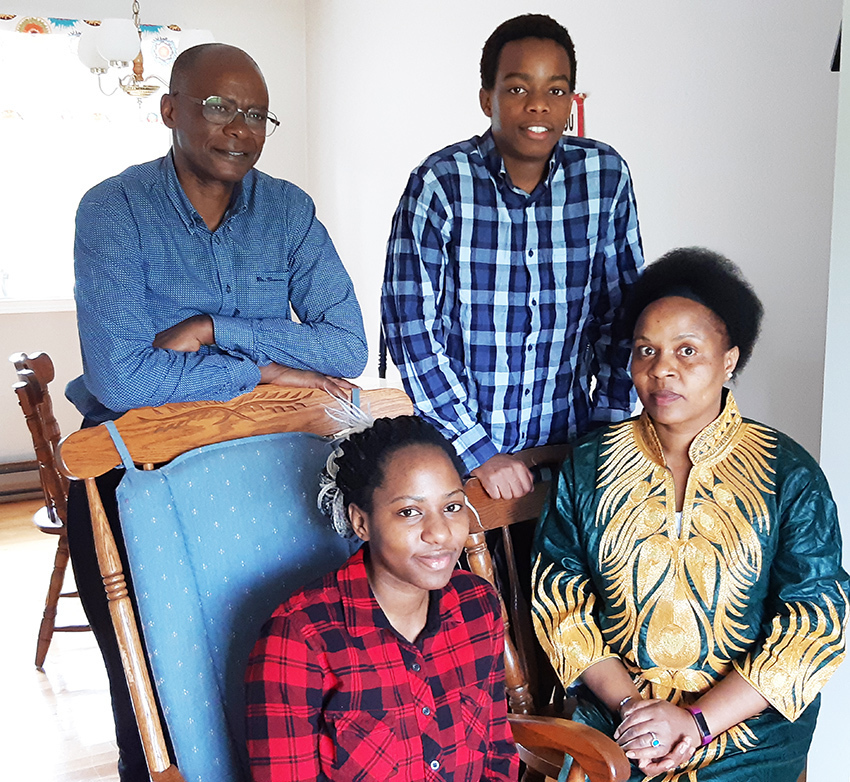 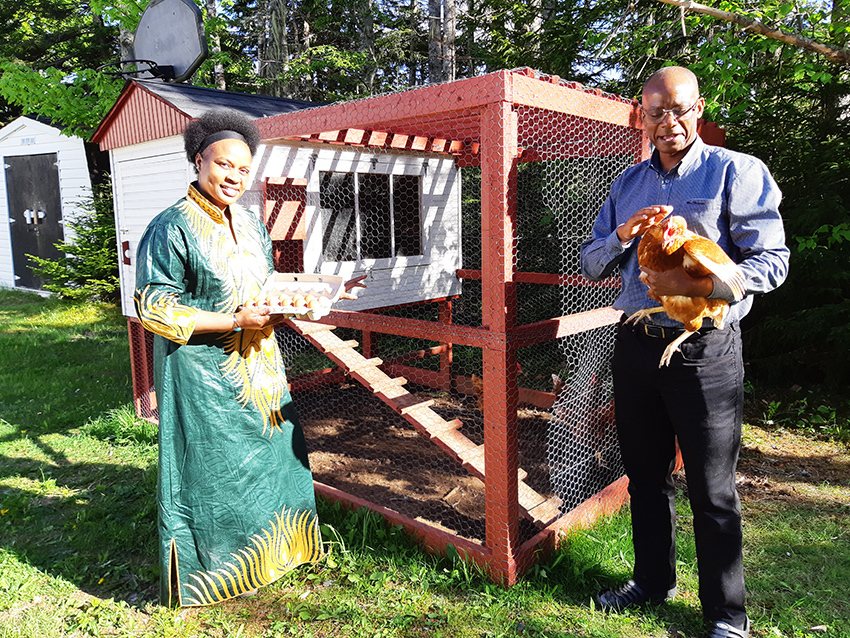 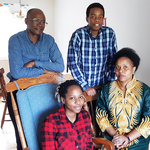 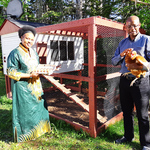 Permanent residency means a great deal to the Twinamatsiko family in the Parish of Pennfield. It makes life more secure for all four of them. But it is the children who will benefit most.

It’s been two years since the parish rector, the Rev. Caleb Twinamatsiko, applied for the status that would allow them to remain in Canada. He, his wife, Hope, and their teenagers, Treasure and Trust, received the welcome news Feb. 18.

“We have been waiting, and it is a big relief,” said Caleb. “Now we are here, and we are happy here.”

That means no more visas, expiry dates and worries about where they will live and for how long. But easier access to education is the greatest impact.

The teenagers have been in Canada on student visas, and while they could work, they were considered international students. So when they both graduated from high school last June and were accepted to post-secondary education, it came with huge potential costs.

At New Brunswick Community College, where Treasure was accepted, an international student pays $9,468 per year in tuition, in contrast to a resident student, who pays $3,380.

At Mount Allison University, where Trust was accepted into the Faculty of Science, tuition for an international student is $18,490, while a resident student pays $9,165.

“We just didn’t have that kind of money,” said Caleb. “We were worried, but the children understood.”

In their Ugandan culture, children go straight on through their educational steps, and to stop could mean losing their spot. So it took some understanding to realize the best course of action would be to stay home, work and wait for the designation that would cut those fees by thousands of dollars.

Since before graduation, Treasure has been working at the local grocery store, and he continues there. Treasure’s job at a local fast-food restaurant disappeared due to COVID-19, but she used the money she’d saved to buy a computer and used the time to take online high school courses to better prepare for university. She recently got a new job at a second-hand boutique.

“We can now plan the education of the kids,” said Caleb. “It’s not simple, but we think we can work on it now.”

The preparation for the residency application included an English proficiency exam Caleb had to take, and confirmation of Caleb’s earnings. The Multicultural Association of Charlotte County helped with the steps.

The two-year wait included medical exams, plus Treasure’s signature and approval, since he had turned 18 in the meantime. And while uploading the online application, some vital information did not reach the Department of Immigration, slowing the process by months.

Since arriving in the province in March 2018, the family has had great praise for their new parish and diocese.

“The church at Pennfield has been home for us,” said Caleb. “The way we found them — they are still like that. They are loving and caring. Even our neighbours who don’t go to our church care a lot for us.

“People are good. The church is coming along very well. We are really happy. I want you to know this.”

Caleb is also thankful to Archbishop David Edwards for his support from the beginning.

“He has helped us in every way possible,” he said. “He’s taken risks for us. The entire diocesan staff has been helpful. We thank God for them.”

If all goes as planned, in September, Treasure will be a student at NBCC in St. Andrews in the industrial electrician program. Trust will be at Mount Allison in Sackville, and plans to live with Mari Robertson, long-time friend of the family and of Bishop McAllister College, where Caleb and Hope worked before coming to Canada.

2. Hope and Caleb with their laying hens. A parishioner heard they kept chickens in Uganda and built the structure for them.

Rosemarie Kingston about 1 month ago

Canada is very fortunate to have these 4 people as permanent residents.

Cynthia Derksen about 1 month ago

May God continue to bless you in your ministry & your future plans .Being the Mothers' Union chaplain is a blessing to our members. Cindy

Sharon Guignard about 1 month ago

Congratulations to the Twinamatisko family. Our God works in mysterious ways and not always as quickly as we would like but we are assured over and over again that He loves us unconditionly and knows what we need. I am so happy to hear your prayers have been answered and most sincerely welcome you to Canada in all ways. We are a better Canada for you being here. Many blessings to you all.