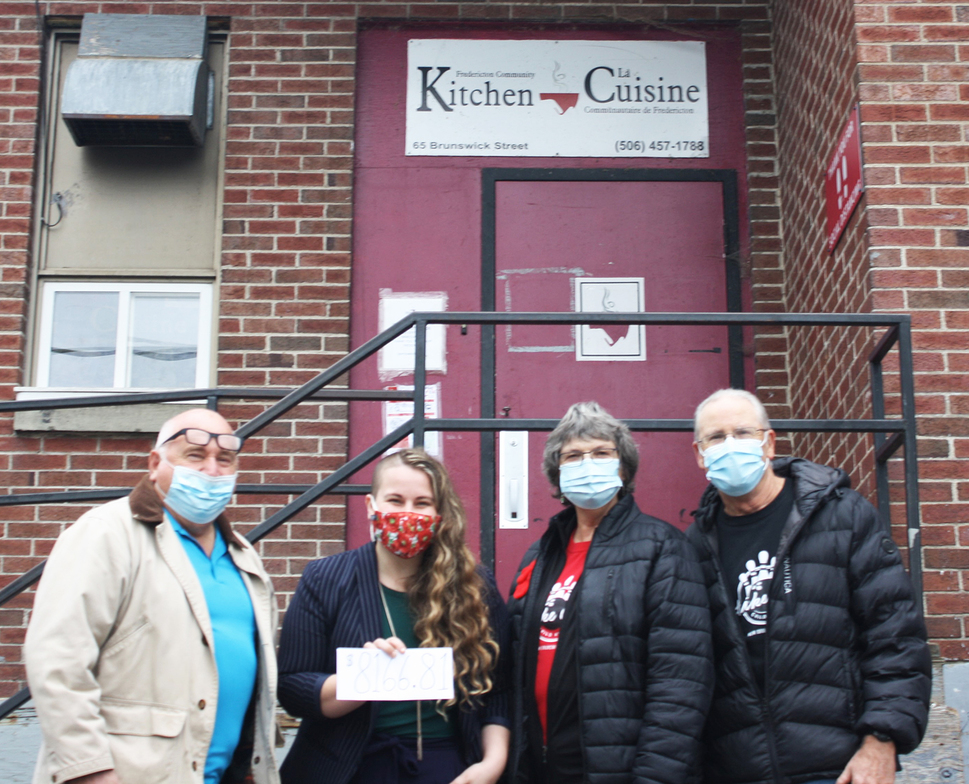 It was just a single social media post, but it turned into a very big deal — one eventually worth $8,166.81 when the counting was done.

While not all that money came from the social media post, the majority did. And the best part is all that money is helping feed children at local schools.

The small Parish of Marysville has a heart for children, and has made great efforts over the past several years to help mitigate student hunger. A team regularly fills backpacks full of food for students of Leo Hayes High School to take home on weekends.

They also formed the original team in 2017 in the diocesan bowling tournament, which, in 2019, raised more than $40,000 across the province for foodbanks and student hunger programs.

Even with COVID-19 putting the brakes on tournaments, the parish forged ahead with its own ideas, because, as the Ven. Kevin Stockall said, “they knew that while the pandemic made fundraising events impossible, student hunger had not gone away.”

They collected recyclables throughout the year, and formed two teams to hold what warden Leo Kolijn called the “no bowling bowl-a-thon” in October.

In the meantime, Leo, chair of the LSD of Noonan, just outside Fredericton, saw a note on the LSD webpage from someone wanting to get rid of their recyclables. Leo replied, explaining why he would gladly take the bottles, which brought more offers.

“I had a number of people respond and they’re still responding,” he said. “There were two neighbours who had stored up theirs, one worth $80, the other worth $90.”

As the bottle collecting continued, Leo asked for sponsors for the bowl-a-thon, and got a big surprise.

“One neighbour sponsored me for $5,000,” he said. “He’d just sold his business and had some spare cash. Another business donated $100. That will feed a fair number of children.”

“We wanted to celebrate such a successful ministry, as well as to remind Anglicans throughout the diocese that the various community projects that have been supported through previous tournaments still need to be supported,” said Kevin, who is overseeing the parish while they are without a priest.

“And we want to get people thinking and planning for a 2022 tournament, perhaps in the fall.”

Leo is amazed at how the support has grown, from his little parish with 20 people on a Sunday morning, to the community involvement in a cause obviously close to many hearts.

“Small can do wonders,” he said. “It’s nice to be able to do this for the students.”