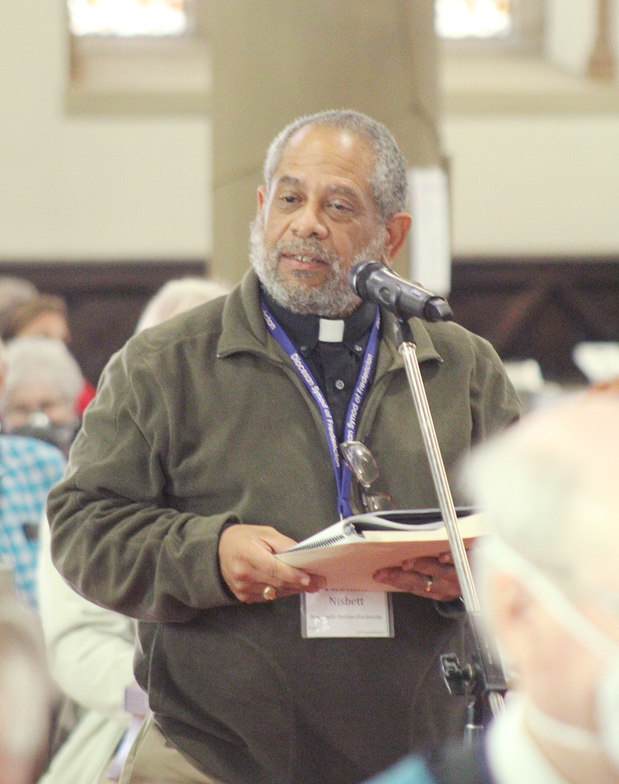 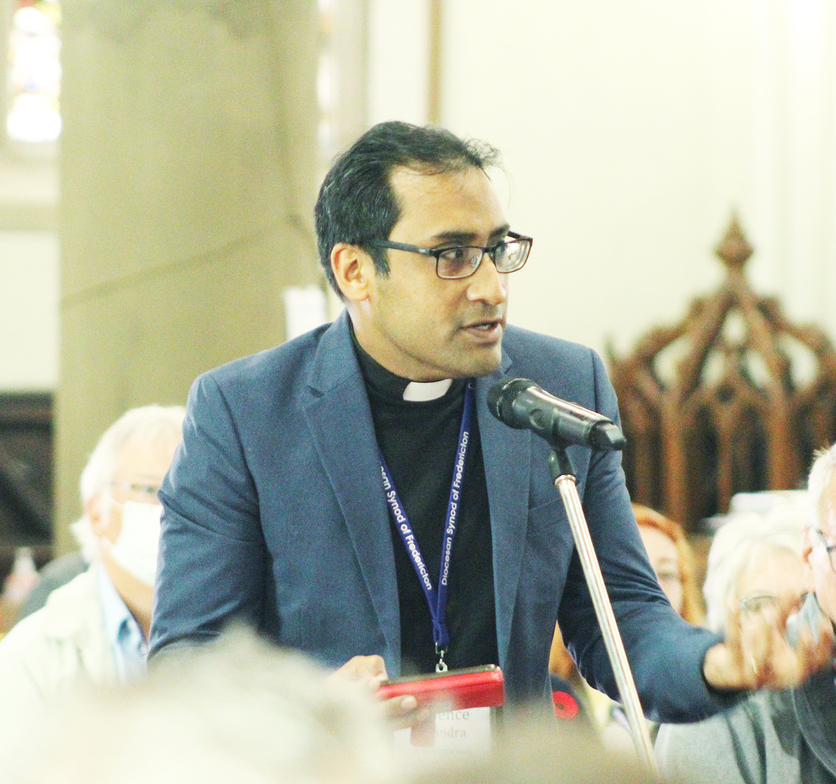 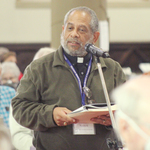 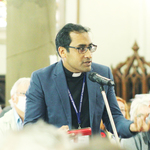 At the 138th Diocesan Synod, the Rev. Thomas Nisbett proposed a motion to form a task force to investigate racial justice in the Diocese, educate, and make recommendations, and report back to the next diocesan synod.

Now it’s time to begin the work of the Task Force on Racial Justice. With the Rev. Terence Chandra and the Rev. Julian Pillay onboard, Thomas, who will chair the task force, is looking for like-minded individuals to join, hopefully one from each archdeaconry.

“I’ve been in discussion with Bishop David Edwards for awhile now,” said Thomas. “It was supposed to go to the previous synod, but we didn’t have it. So it’s been sitting out there for awhile.”

Thomas, the son of the first black Anglican priest in Bermuda, became interested in racial matters in the diocese several years ago. When he was an assistant curate in the Parishes of Waterford and St. Mark, Canon Allen Tapley told him there were unmarked, pre-Loyalist graves of Blacks in Christ Church cemetery in Bloomfield.

“He took me there,” said Thomas, adding he started researching but “there is no indication of who these people were and where they came from.”

Neither the Public Archives of New Brunswick nor Archdeacon Rob Marsh had answers, but a desire to learn how they came to be in Bloomfield has stayed with him.

“What about their contributions to the province? These were pre-Loyalists. One would think they’d made quite a contribution, but there is no record of them. If we don’t know their experiences and contributions, what is their legacy?”

At around the same time, nearby on the Fundy Park Road, there was a push to change the name of Negro Brook Road.

“So where were the blacks there? What was their contribution? There is very little information. That tells me we could do more to honour these folks.”

The name was changed to Harriet O’Ree Road, after a black woman whose name appears on the census for that area.

In the midst of this, after his Celebration of New Ministry service in Sussex Corner, a person pointedly, and somewhat disdainfully, asked his opinion on the controversy over Negro Brook Road’s name.

That further solidified his desire to work towards change. He attended relevant meetings on the bishop’s behalf and discovered the Anglican Church of Canada has a charter on racial justice.

“There began the process of putting together the motion,” he said. “I see it as an accumulation over time.

“In talking to people like Terence, we do experience racial bias on a regular basis. In most cases, it’s a lack of understanding.

“At the heart of it all, we need respect for one another. If we need a piece of paper to say that, then yes.”

Thomas has already had a few people express interest in being part of the task force and he’s eager to get to work.

“I’m convinced based on the discussion at Synod that we need to have this discussion. We have to make sure the Diocese itself understands the implications of things done in the past and how to remedy them in the future,” he said.

JULIAN PILLAY
Julian, rector in the Parish of Riverview and vice-chair of the task force, has a unique frame of reference for membership.

“For the first 17 years of my life, I grew up in Apartheid South Africa. I witnessed first-hand the evils and wickedness of a heinous and atrocious system that divided people based on their skin colour.

“My parents would often share horrendous stories of violence and racism that negatively impacted them whilst growing up. My mum never went to school and was illiterate. She only learned to write and spell her name in her late 30s. “X” was both her name and signature!

“My dad voted for the very first time in his life at the age of 47! Life was hard, but the Church was always a place where we found solace, protection and unity. The Church was the place that united a segregated culture.

“So I hope to share some of my practical life experiences of how God intervened and brought an end to Apartheid, of how the Church became a safe place of healing and how men and women on both sides of the divide repented and became peace ambassadors for Christ.”

He is eager to help establish a Gospel framework for how the Diocese and all within it treat people of various races and cultures.

“I’m also hoping that this task force will become a catalyst to create opportunities and a safe space for further dialogue,” he said. “I want people to know and experience the love of Jesus in an environment where they won’t be judged by the colour of their skin or their nationality.”

Julian cited a quote by British philosopher GK Chesterton, who, when replying to a newspaper request from readers to answer the question, ‘what is wrong with our world?’ wrote ‘I am!’

“I believe we all need to take ownership and play an active role in stamping out racism,” said Julian.

Editor’s Note:  At the June 2020 meeting of the Council of General Synod, a resolution was passed establishing a Dismantling Racism Task Force to address systemic racism within the structures and processes of the Anglican Church of Canada.

Photo captions:
1. The Rev. Thomas Nisbett introduces a motion to create the Task Force on Racial Justice at the 138th Diocesan Synod in November 2022.

2. The Rev. Terence Chandra speaks on the motion to create the Task Force on Racial Justice at the 138th Diocesan Synod in November 2022.

Sex Wuppertal is great for your own sexy contacts in EU