The long ride to unity and healing 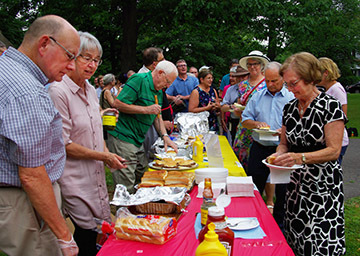 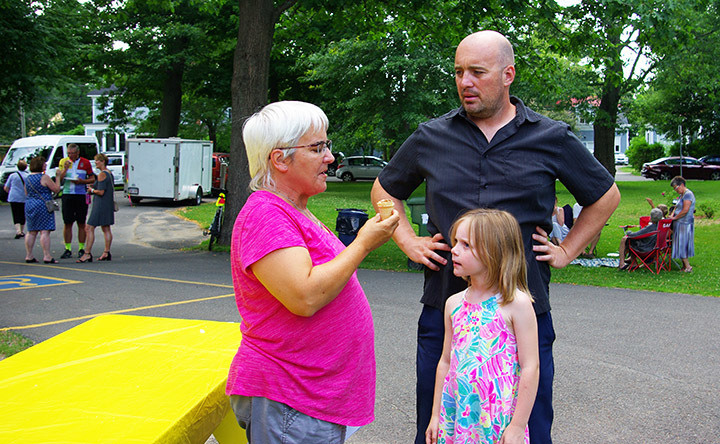 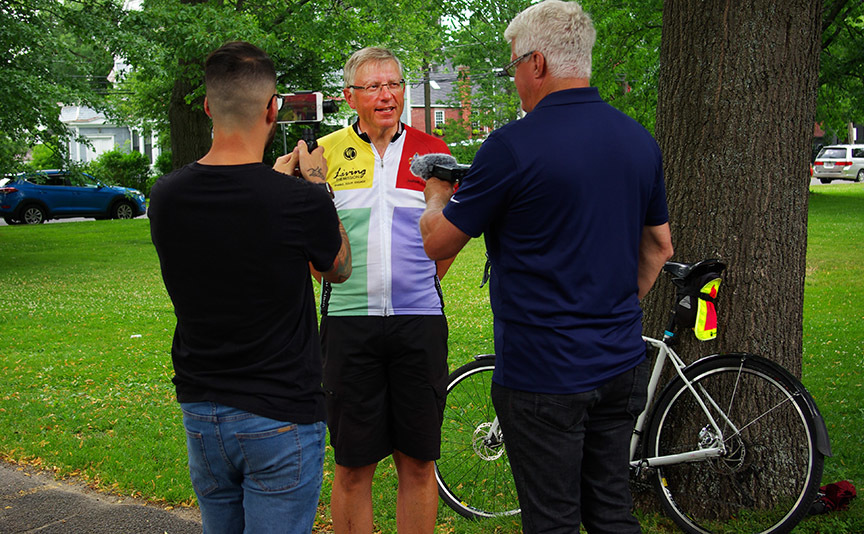 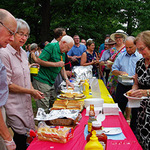 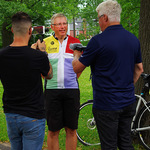 For every one of the 5,600 kilometres Bishop Rob Hardwick peddled from Victoria to Fredericton, he was praying.

“I have been laying a foundation of prayer every moment I’m on the bike,” the bishop of Qu’Appelle in southern Saskatchewan told about 90 people at Christ Church Cathedral on July 15.

The bishop began a cross-country trek on his bicycle May 19 near Victoria, B.C. and hopes to finish it Aug. 1 in St. John’s, N.L. The kilometrage by then will have reached 7,188. The 62-year-old chose to do the trek in 62 days.

The service at the cathedral was one of several in New Brunswick during his ride through the diocese. He was greeted and fed in Edmundston July 13. The next day, after a prayer breakfast, he rode to Hartland, where Archdeacon Rod Black took him home to Richmond Corner for a meet-and-greet that evening. After leaving Fredericton July 17, he peddled to Petitcodiac for another potluck and service, and then it was on to Oxford, Cape Breton and Newfoundland & Labrador.

Bishop Rob developed a prayer diary for the trip. For each day there is a diocese; a church; a mission, saint or issue; and in particular, those suffering in some way: the homeless, those being treated in children’s hospitals, prisoners, failed marriages, the hungry, those who’ve suffered miscarriages, and so on, to pray for, and countless people across Canada have joined him in the prayers.

“It’s not just about cycling,” he said. “It’s a physical, spiritual and mental challenge, personally. It’s for unity and healing for our nation.”

Canada, he said, has not always been such a welcoming country, citing treatment of First Nations people, Acadians, Dukhobors, Chinese, Japanese, Germans and others. But the journey is largely focused on reconciliation with First Nations.

He is the head of the diocese with the longest running residential school in the country. On May 19, he was welcomed onto the territorial land of the Songheese First Nation on Vancouver Island to begin his trek.

“It was amazing to be welcomed by the Songheese people,” he said. “They had the most residential school residents. It set the stage for the pilgrimage.”

It’s been 25 years since Primate Michael Peers made the historic apology for the Anglican role in residential schools, and 10 years since the federal government did the same.

“But it’s time to put meaningful action to those words so greater unity can begin,” he said. “I can see across Canada a great desire to journey this way, but there is some hesitancy. How do we start? It starts one-on-one by saying hi.”

Some time ago, Bishop Rob developed an initiative called Living The Mission, of which the bike journey is one part. The goal is to raise $2 million, which will help fund indigenous ministries within the Anglican Church of Canada, a medical centre in Burundi, Habitat for Humanity in Regina and evangelism and mission work in his diocese. He challenged the 1,550 identifiable givers in his diocese to give 43 cents a day — the average daily wage in Burundi — for five years. That 43 cents a day will add up to $1.2 million.

“When we all share an equal load, amazing things happen,” he said.

An offering was collected for his mission during the cathedral service, and many other parishes and dioceses, including this one, have contributed along the way.

The bishop outlined highlights of his journey so far. His average speed was 24.2 km/h, though his top speed was 76 km/h on a downhill run. He has kept track of the elevations he’s climbed, totalling 3.3 Mount Everests so far.

He had an antelope run beside him on the prairie, and every day, at least one eagle has been in the sky as he’s peddled.

Lorraine, his wife, who follows in a van, saw him stopped, with his face to the sky near Edmundston. Thinking he was in prayer and that perhaps the bike had broken, she stopped to find him gazing at 15 eagles above him.

“It’s wonderful how fascinating the wildlife has been on this journey,” he said. “I think the Lord has been sending me wildlife.”

He also spoke of the thrill of cycling, which he describes as a passion that has helped him lose 94 pounds. In a car, he said, you don’t hear, see or smell the beauty God has created for us: “You can’t smell the sage grass, the blossoms, the crops in a field, the freshness after a rain.”

He described a day climbing 72 km up the Vermillion Passage where his greatest fear of the trip was realized. He saw a vehicle stop across the road, and assuming they might need help, he rode across. He didn’t have time to say a word before the driver pointed to a bush and said one word: bear.

The bishop took off peddling, but only about 50 metres later turned around to find the vehicle had completely disappeared. He described himself as a former police officer from the UK, a rational man, but he’s convinced God sent him a protective angel that day.

“How many angels do we miss on a busy day because we simply aren’t attentive — to God, to each other, to the things God would want to show us?” he asked. “If you take nothing else away from this today, take this — be attentive to the moment as we make this journey together.”

A bear was not the only thing that might have halted the journey. The Hardwicks learned their home flooded after a pipe burst. They discussed turning back. Then in Northern Ontario, Lorraine lost control of their vehicle and travel trailer.

“Both the car and the RV trailer were totalled, but not Lorraine,” he said, adding she had one bruise.
Again they discussed giving up.

“It was tempting then,” he said. “We came very close to ending the ride and going back, but then we thought, ‘First Nations suffer setbacks, over and over.’ It’s really important to continue this journey.”

After the cathedral’s service of Evening Prayer, a barbecue was held outside, with many sponsors helping out: JOY FM radio, Victory Meat Market, Sobeys, Atlantic Superstore, Costco, and Esso on Smythe Street.

Among the attendees was the Rev. Murray Wright and his family, of the Diocese of Qu’Appelle. They met up with the bishop in Ontario, and again at the cathedral. They are visiting family in Saint John while in New Brunswick.

Murray noted that Bishop Rob has made pilgrimages through their diocese on his bicycle at least a couple of times.

“He’s using his bike as means to spread the gospel,” he said.

You can read about Bishop Rob’s amazing conversion and calling on page 7 of this link.