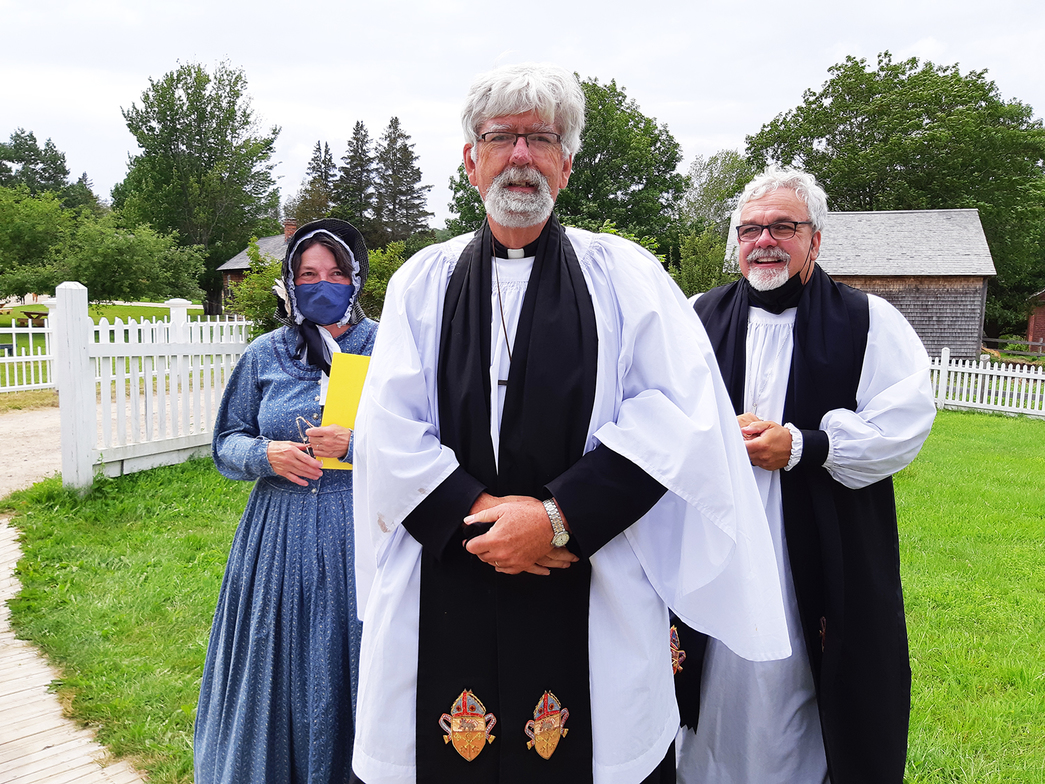 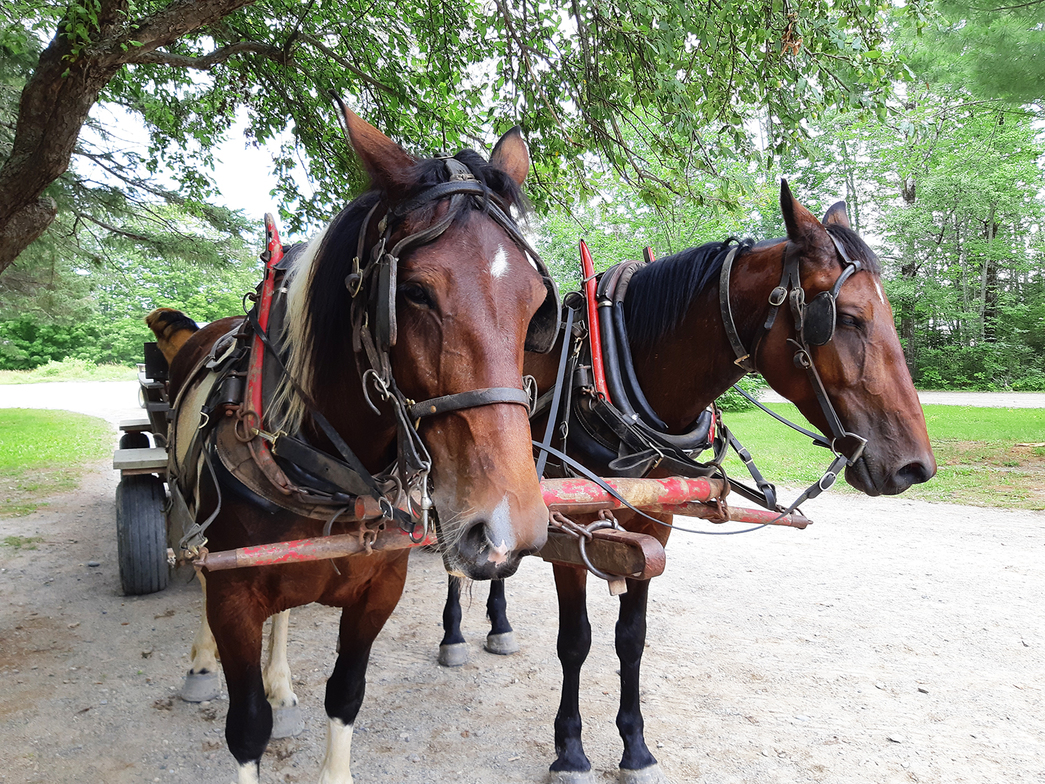 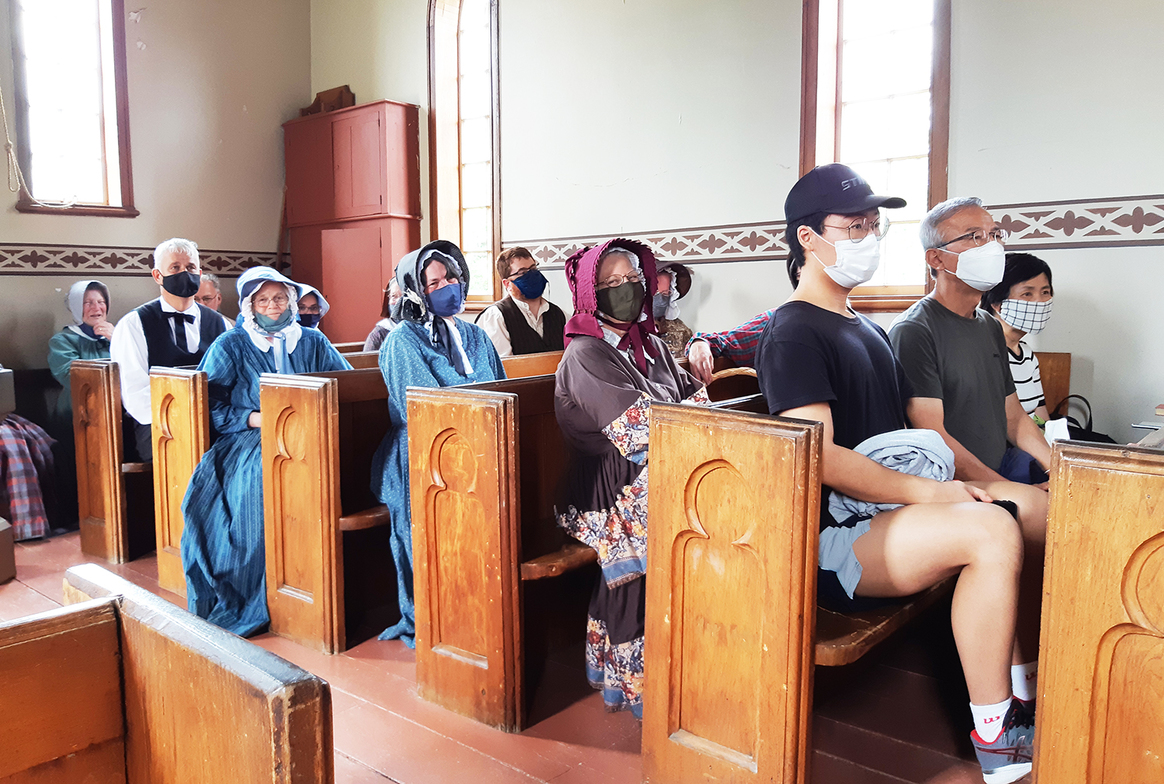 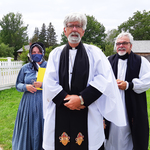 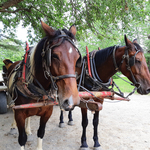 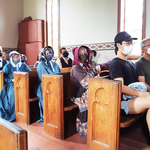 It’s no exaggeration that the Rev. Canon Walter Williams enjoys his role as the period-costumed vicar of Kings Landing. Now, at the beginning of his second year, he’s had time to appreciate what comes with the role, but also what doesn’t.

“First of all, no vestry meetings!” he said. “And I don’t have to take collection.”

Now he's set for the historical settlement near Fredericton to open on June 8.

“That will probably be our first day to visit,” he said. “There was never a thought of not going back this year.”

Walter finds lots of positives in the role that has been reprised from decades ago when the village had a vicar on staff.

“I get to know a lot of the staff, and get to talk to a lot of people about what the church meant in the village,” he said. “We’ve been made very welcome by everyone there.

“It’s also good for Lorna and me to do things together,” he said of his wife, because a vicar’s wife also plays a role.

“She’s found her niche in quilting here, and now she’s involved in other crafts as well.”

She’s also a member of the village ladies’ benevolent society, as any clergy spouse would be in the mid 1800s, said Walter.

Because the seasonal staff works virtually every weekend for five months, they gotten to know Walter in a more personal way.

“For a lot of staff, I was their minister,” he said.

That’s exactly the plan CEO Mary Baruth had when she brought Walter on last year. She encouraged staff to view him as their pastor and confidante, particularly since they miss their own services while Kings Landing is open.

THIS SUMMER
This summer, every weekend has a theme. While Walter’s main visiting day is Wednesday, he’ll be around for special events like Rogation Sunday on June 26.

Mary arrived at Kings Landing in early 2020, just before the pandemic began. Despite the ensuing limitations, she’s made her mark with changes like adding an onsite vicar.

“It lends itself to a more authentic experience,” she said last year, adding that in any 19th century village, the vicar, his wife and the church would play a central role in the lives of the inhabitants.

That includes during the Advent and Christmas seasons. Walter has led a Christmas service in the village the last two seasons.

To visit Walter and Kings Landing, take exit 253 off the Trans-Canada Highway and follow the signs. The site is 20 minutes from Fredericton.

To read last September's story about Walter's commissioning as vicar, click here and go to page 15.

This is an important & vital ministry! Blessings to Walter & Lorna as they reach out to people...Cindy