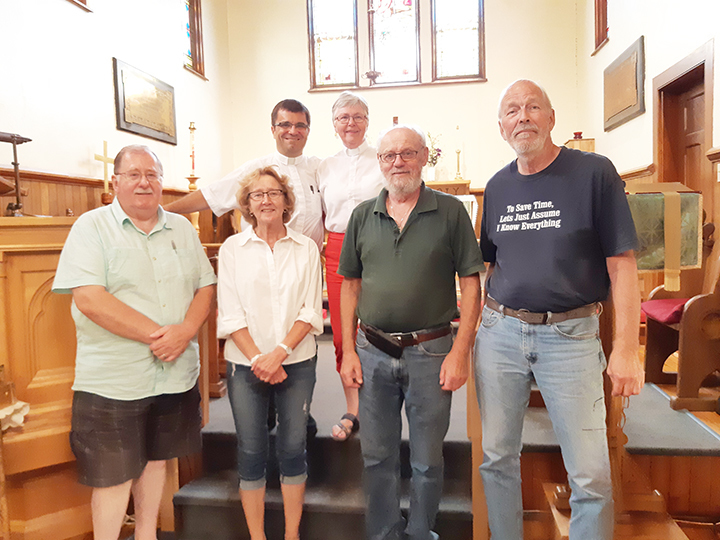 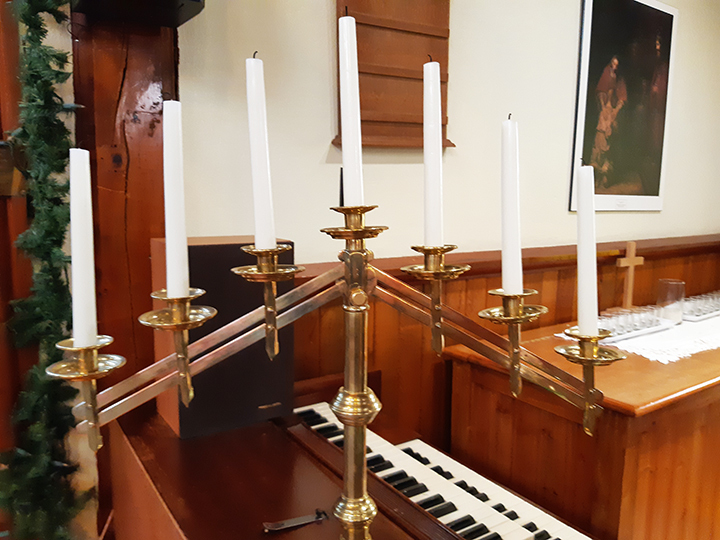 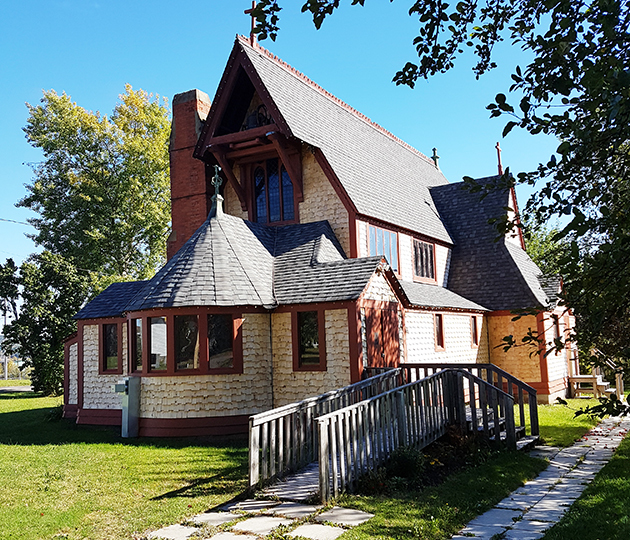 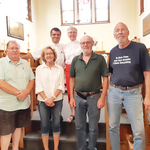 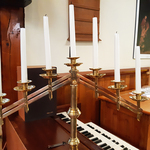 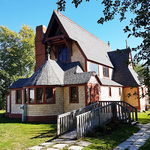 Editor’s note: This is Part IV in a series on rural parish ministry in the diocese. There are two common beliefs held by some that this series on rural parishes will challenge: that rural parishes are one step away from dying, and that mission work is predominately done in urban areas. The New Brunswick Anglican visited with members of the Parish of Hillsborough Riverside in August. This two-point parish sits in the south-east corner of the province out of the way of major thoroughfares. But that quirk of geography has opened up a new ministry in the parish.

The desire to be the hands and feet of God has a long history in the Parish of Hillsborough Riverside. In fact, it began at least a century ago with a pack peddler named Isaac Selick who frequented the village of Hillsborough selling his wares.

“He was a Polish Jew, not used to being treated very politely by Christians,” said John Whitmore, warden of St. Mary’s Anglican Church.

One extremely cold winter, the Anglican and Baptist churches in the village carried him through, meeting his needs for food and shelter during the brutality of the season, said John.

Isaac and his family eventually ran successful coal and hardware businesses in Moncton, but they never forgot the kindness shown to Isaac. Upon his death in 1968, the family presented a gold menorah to each of the two Hillsborough churches as a symbol of their gratitude.

As John likes to say, “We’re one of very few Christian churches around here with a menorah!”

AN ACCEPTING CHURCH
That attitude of love and caring for everyone, most especially those in need, is a hallmark of the parish. They live it out in virtually all they do. Their 2017 parish profile includes these final words: “We are, in all sorts of ways, an accepting church. We cannot tell anyone that God does not love them.”

The Rev. Barb Haire leads this small parish, assisted by the Rev. Rob Saloum, who serves three parishes — this one, plus St. Philip’s and St. Andrew’s in Moncton. The main parish church, St. Mary’s in Hillsborough, is 25 kilometres from Riverview. St. Alban’s is a seasonal church in Riverside-Albert, another 30 km south towards the Bay of Fundy.

When John first came to the village as a young teacher in 1972, there were a couple dozen parishioners. Over the years, people have come and gone, but these days they average around 30 people on a Sunday — not bad when you consider the huge loss of local industry and the cultural trends.

GEOGRAPHY
The parish has found itself in the middle of a unique geographic situation and they’ve made a mission out of it. Here’s how: Hillsborough’s main street is lined with many large older homes and a few businesses, but as industry died, these homes and businesses got carved up into multiple apartments. Many have attracted tenants from Moncton because the rents are cheaper in the village.

As well, many are subsidized by government. In fact, the village has more than 50 low-income housing units — a ready-made mission field.

One of their most important missions began with a plan to have a parish potluck get-together. ‘Why don’t we invite the neighbours?’ someone asked, and their monthly meals were born.

“We started at the Legion,” said Barb. “We cooked a great big pork roast and had six take-outs.”

The second month, they had 24 take-outs, but again, no one stayed to chat. The third month they had about 35 take-outs and six people stayed.

“After that, it just took off,” she said.

SECOND TIME AROUND
Rob is not exactly a stranger to the parish. He was its priest from 2003-09, and returned in 2018. It’s a bit like coming home, times two, since his great-grandfather, Roy Gonder, was a Baptist minister in the village in the 1950s.

“So I was delighted to return,” he said. “It really is a delight to be back here.”

He presides twice a month, and Peter Jubb (Barb's husband), Barb and John take turns preaching when Rob’s duties keep him in Moncton. Veronica Locke, church warden, often leads the services. St. Albans has a service once a month from April to December. It’s a highly structured schedule that works for them.

THE DRIVE TO CHURCH
Though the parish strives to create a healthy, inclusive community, many of its members do not live there.

“Most people who come here are from the outside — Alma to Moncton,” said Veronica, who drives from the city to attend church. “There are only two or three couples that are in the vicinity.

Stephen Marshall, vestry member at St. Albans, feels the same way. “I’ve never been in a church where everyone, down to the last person, gets along. That’s part of the success of the church.”

A longer version of this story appears in the November issue of the New Brunswick Anglican.

2. The menora from the Selick family, to commemorate the kindness shown to their family member, Isaac.

3. St Mary's Anglican Church in Hillsborough has a unique style.

Moncton
St Alban, Riverside-Albert
Comments for this post are now off.