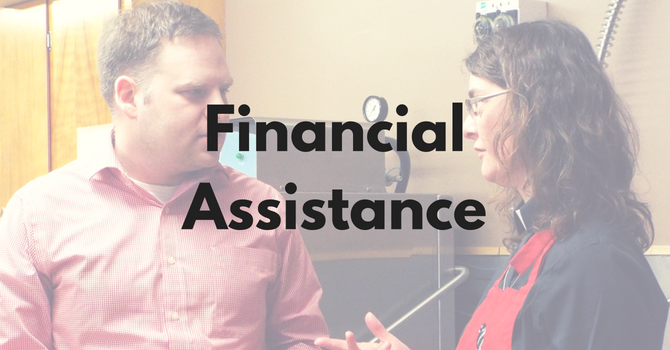 Please note: the new address for the Bishop/Synod office is:

Description
$1,000 annual bursary in support of children of diocesan clergy at university, college, or other post-secondary institution.

Mabel C. Dean Special Bursaries
May be made to qualified students in a financial emergency, provided funds are available.

Description
The Scott F. Clarkson Education Fund is available to encourage and assist all students in the pursuit of a post-secondary degree with preference given to students who enroll in a program relating to agriculture and are residents of the Parish of Stanley, New Brunswick.

Established in 2006, the Fund is the result of a gift from the estate of the late Shirley R. Smith and Scott F. Clarkson, both of Fredericton, New Brunswick.

Eligibility
Applications will be considered by the Trustees according to the following criteria:

Description
Established in 2008 and in memory of Malcolm Charles Hall and Elizabeth Edna (Wetmore) Hall of Woodstock, New Brunswick who offered a ministry of church music for many years as members of choirs in the Parish of Woodstock. The bursaries are awarded by June 30 each year. Gifts to the Trust are welcome and will be receipted for income tax purposes. Send to the Diocese of Fredericton clearly marked: "The Hall Music Trust."

Contributions to the Fund:
Gifts to the original Trust (generating future bursaries) or the bursary fund (added to next award) are welcome and will be receipted for income tax purposes. Send to the Diocese of Fredericton clearly marked: "The Hall Music Trust."

Eligibility
All those registered for the Diocesan Choir School are eligible for the award.

Funding
The Bursary is provided by the J.E.A. Crake Foundation, established by the late Dr. J. Ernest A. Crake, Josiah Wood Professor of Classics at Mount Allison University, 1946-1976. Dr. Crake was treasurer and warden of the Parish of Sackville, and an active layreader who conducted services in the Parishes of Sackville, Dorchester and Westmorland.

Applications: Instructions on how to indicate financial need are included on the Choir School application form. Click here for full terms and conditions.

The Mary Jacob Educational Bursary
For education for the (vocational) Diaconate

Funding
The Fund is supported by the Mary Jacobs Educational Trust held by the Diocese of Fredericton.

Application deadline: May 1, with awards by July 31 - Application form
Contributions to the Fund through the Diocese of Fredericton are encouraged and welcome.

The Divinity Education Fund
For theological education for ordained ministry

Funding
The Fund is supported by various existing trusts for the purpose of divinity education as listed on the application form and held by the Diocese of Fredericton in the Diocesan Consolidated Investment Fund.

Contributions to the Fund or to one of its supporting trusts through the Diocese of Fredericton are welcome.

The Most Rev'd Harold L. Nutter Scholarship
For post-graduate study in theology

Description
Awarded to a member of the clergy in the Diocese of Fredericton or, secondly, to clergy from another diocese at the discretion of the Committee.

Applications to the Bishop of Fredericton. Contributions to the scholarship fund are welcome.

The J.E.A. Crake - George C. Lemmon Bursary
For theological education towards ordination to the priesthood

Funding
The Bursary is provided by the J.E.A. Crake Foundation established by the late Dr. J. Ernest A. Crake, Josiah Wood Professor of Classics at Mount Allison University, 1946-1976 and in recognition of the Rt. Rev. George C. Lemmon (seventh Bishop of Fredericton).

Canon Hubert Drillen Award
For those studying for religious service

Description
Canon Thomas Hubert "Hubie" Drillen was a well-known, much loved and caring member of the clergy in the Diocese of Fredericton, which encompasses all of New Brunswick. Canon Drillen was the founder of the Guild of St. Joseph (also known as the "Holy Joes"), which now has Guilds established in many parishes throughout the Province and beyond the Diocese as well.

In his memory, some of the Guilds have established a Trust Fund which will provide assistance for members of their parishes who are studying for religious service as ministers, missionaries, directors of religious education, youth leadership or in church music.

Awards will be in the amount of $500.00 each per year and will be granted on a first-come basis to the limit of the funds available for that year. Applications for awards will be considered at the annual Provincial meeting of the Guilds held in September or October each year.

Application deadline: August 31 - Application form (include evidence that the eligibility criteria have been met)

Funding
Generally, the funding for the Awards will be contributed by individual Guilds of St. Joseph within the Diocese but individual contributions will be most welcome. Cheques for donations should be made payable to the Diocese of Fredericton and mailed to the above-noted address, clearly identified as being for the Drillen Trust. Income tax receipts will be issued for donations from individuals.

Description
Annual bursary assistance for those preparing for ministry in the Anglican Church of Canada.

Description
Bishop Ivor Norris was appointed as the first Bishop Ordinary to the Canadian Forces with responsibility for all Anglicans serving within the Forces, their families, and the Anglican Chaplains serving them. The bursary was established following his death for the sole purpose of assisting those studying for Holy Orders with their theological education. Four to six bursaries of variable amount are awarded annually.

Description
A maximum of two $1500 awards annually in support of clergy sabbatical leave.

Funding
The Bursary is provided to those of the Diocese of Fredericton in the order of priesthood and encourages sabbatical leave. The Trust is generously supported in part by the J.E.A. Crake Foundation.

Description
Established by the Diocese of Toronto to support study programs to be undertaken at Saint George’s College, Jerusalem, the scholarship fund has been named to honour and recognize the commitment and faithful support shown by the Primate of the Anglican Church of Canada for the mission of the Diocese of Jerusalem and of Saint George’s College.

Eligibility
Available to both clergy, with bishop's approval, and laity, with parish incumbent's approval. Priority will be given to applicants from the Diocese of Toronto.  The scholarship is restricted to “first time” students at St. George’s College.

Description
Up to $5,000 awarded annually to assist the ongoing education of Atlantic Canadian Anglican clergy, within five years or so of graduation from theological studies, to study and/or travel outside of the region.

Eligibility
Based on academic merit and commitment to pastoral ministry. Preference is given to those who pursue a formal qualification. Recipients are required to serve in an Anglican diocese in the Atlantic provinces for at least three years following completion of the study funded by the scholarship.

Description
Quarterly grants are available to retired clergy and clergy widow(er)s to partially assist with dental, medical and other similar expenses not covered by their medical plan.  The fund is associated with the ACW and confidentially managed by a committee of volunteers (Jill Stewart, Cynthia Hillier and Maria Blackston).  The fund provides a substantial return so applications are encouraged.

Applications
Apply by sending copies of receipts for expenditures, by the end of March, June, September and/or December, to:
Pickett-Scovil Fund
Office of the Bishop of Fredericton
168 Church Street, Fredericton, NB E3B 4C9
or office@anglican.nb.ca

The Segelberg Trust
For religious education and projects

Description
The Segelberg Trust was originally established in 1984 by the Reverend Doctor Eric Segelberg to assist academic studies and research, particularly relating to studies in theology and church matters, and to promote the education and the Christian religion generally. In 1995, the Segelberg Trust refocused its objectives to promote theological conferences, religious education, music study, and in particular, reaching out to youth who might not otherwise be exposed to the contributions of spirituality and formal religion. Recently the Segelberg Trust has expanded its objectives to promote ongoing debate among the areas of Theology, Public Policy and the Environment.

Description
For over 100 years, the Anglican Worship Resources Society (AWRS), which was formerly known as The Anglican Church Bible & Prayer Book Society, has helped congregations, missions, camps, Church Schools and other church groups across Canada obtain hymn books, prayer books, bibles, and many other resources which enhance worship.