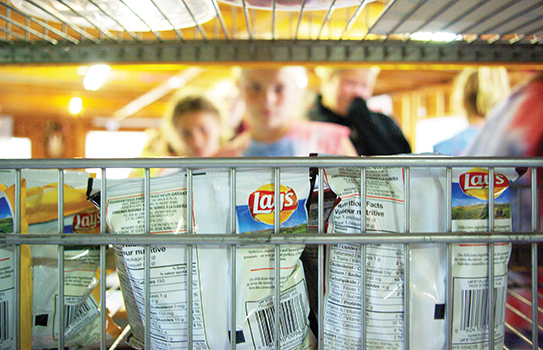 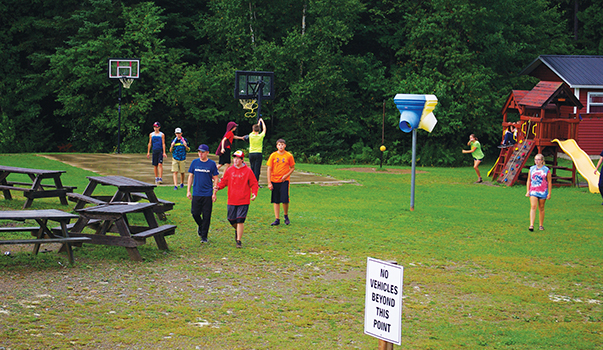 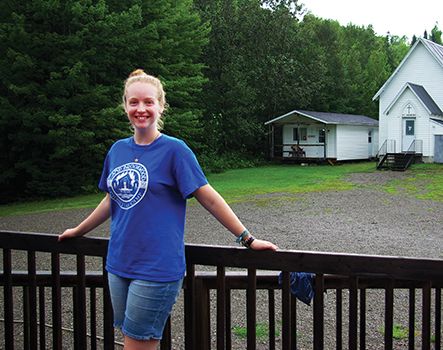 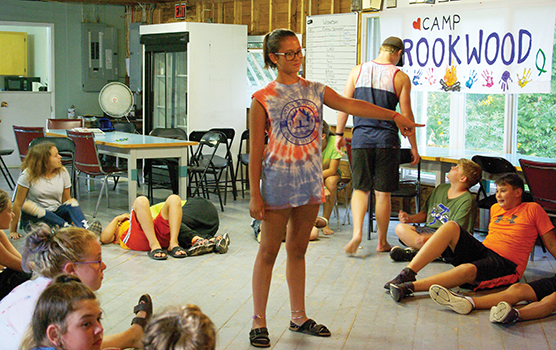 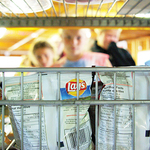 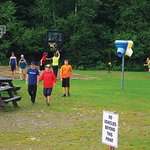 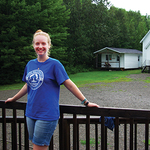 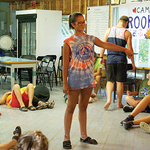 It’s a rainy day at Camp Brookwood, the final week of the season, and the job today is keeping 22 campers, ages 13-14, busy. It’s humid, there is no air conditioning, but there are a few fans, and a few thousand black flies.

The counsellors lead an indoor game of Wink Murderer. The secret murderer, chosen by a counsellor, winks at a person, who then falls over.

The detective has three guesses to figure out the identity of the wink murderer. If he or she is wrong, the murderer wins.

“A lot of these kids have been coming to camp since they were eight years old and this is their last year,” says Ally. “They’re getting a bit nostalgic.”

This is Ally’s first year as camp director, and she’s content with how the summer has progressed.

“It’s gone extremely well and I’m so happy,” she said. “For the most part, the campers were very respectful and the staff has had a lot of fun too, though they’re tired. It’s been unusually hot.”

Ally is 20, a student at St. Thomas University studying French, economics and history. The Centreville native hopes to pursue a Bachelor of Education after completely her Arts degree. This is her eighth year at camp — two as a camper, six on staff.

“This is the only summer job I’ve ever had,” she said, adding that the job is demanding. Just a few hours ago, she was fixing the plumbing in a bathroom.

One of the highlights of the day, beyond crafts, swimming, chapel, games, songs and such is tuck. Tuck means treat. At this camp, each kid, each day gets a freezie and a one-dollar credit to buy a snack.

Just before tuck begins, Ally rolls the wheeled tuck cart out of a locked storage room. It’s the same tuck cart that was used when she was a camper, and one every camper at Brookwood recognizes.
The kids line up according to their cabins, and each steps forward to make their choice.

Who’s at camp?
Capacity at Camp Brookwood is 158, and this summer it hosted 132 campers.

“Last year we had 99 per cent capacity because the camps were half-price,” she said. “Following up to a good year like that, I’m perfectly happy.”

Who works at Camp Brookwood?
Besides, the cook, Nancy Pelletier, and the chaplain, which varies each week, there are four counsellors, an as-sistant director and Ally. They each have dual roles — activities coordinator, lifeguard, nature leader, crafts di-rector. During chapel, they’re encouraged to talk about themselves with the campers.

“Staff share their faith journey. Some have gone to church their whole lives and for others, it’s more like, ‘I was never really religious until I started working here.’”

Who goes to Camp Brookwood?
“It’s a mix, really. Some have gone to church every Sunday of their lives,” said Ally. “For others, their only ex-posure is here in the summer.”

Many children are sponsored — their fees paid for by generous individuals and parishes who believe the in-vestment in children is worth a payoff in the future.

It’s not just the chapel time twice a day that makes an impression and sets the atmosphere for the week. It’s a week making friends, gaining acceptance, enjoying hope and positivity; and a week without pretences, peer pressure, judgment — and electronic devices.

“Camp lets them relax and be a kid,” said Ally. “Nobody can record you doing dumb stuff. That weighs on people.”

On this final week of camp, the Rev. Chris Ketch is the chaplain, who Ally says is excellent in this role.

“He explains some pretty complex things to the kids very, very well,” she said.

Also on the team is someone whose job is to keep everyone happy at mealtime, Nancy the cook.

“I like cooking mostly everything,” she said. “But I’d have to say tacos are the kids’ favourites, and macaroni and tomatoes is another one.”

“Nancy is an amazing cook,” said Ally. “She tailors meals really, really well to the age groups. She does a lot of home baking for the kids as well.”

One of the advantages of a small camp is the ability to get to know kids quite easily.

“I know all my kids’ names by noon on Monday,” said Ally. “Also, you get to hang out with them more and you get to know their personalities.”

Campers will attest to the fun and friendships they experience at Camp Brookwood.

Aidan is 14 and a six-time camper. “All of my friends are here. I know most of the counsellors. It’s fun. We do lots of fun things. I don’t miss technology. You stay busy here.”

Alex, 13, is at camp for the fifth time. “It’s been really fun. I like all of it — brooking, friends, counsellors, pizza on Fridays. I might work here. I think that’d be fun.”

Hazel, 12, is here for the fourth year. “I’d love to work at camp because it’s fun. The counsellors are very nice. My favourite things are eating, swimming and activities. At the campfire we sing songs and roast marshmallows. I don’t miss home!”

Isn't it great to have a venue for children to go for fun, excitement and spiritual guidance! I have been blessed for the past 3 years to be chaplain. sometimes twice the same year. When you encounter youth who have little exposure to Christian love and see a transformation take place in one week, it melts your heart. And for a chaplain, to receive the formal blessings of a ten year old, it shows you can make a difference in their lives. God bless our camps and yes, I'm partial, God bless Camp Brookwood.