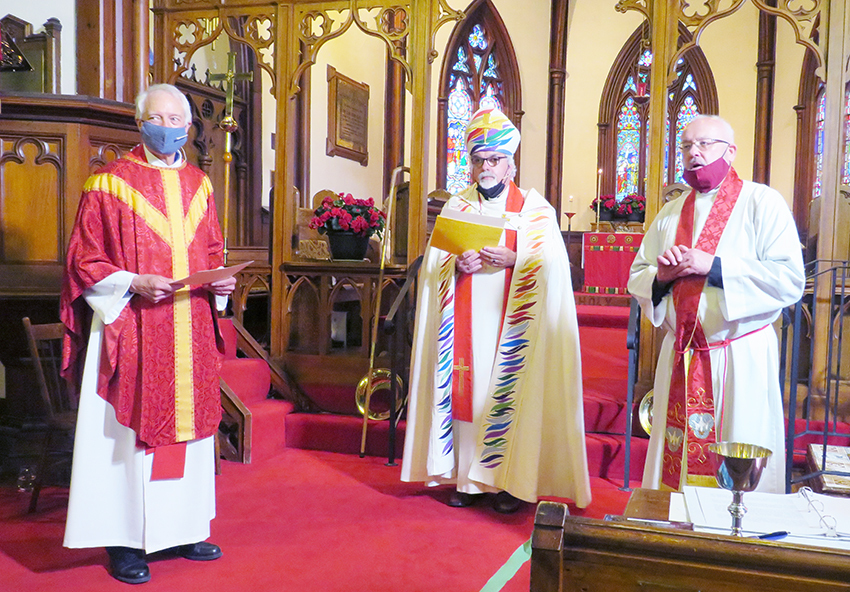 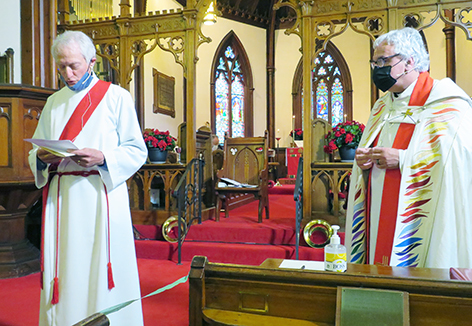 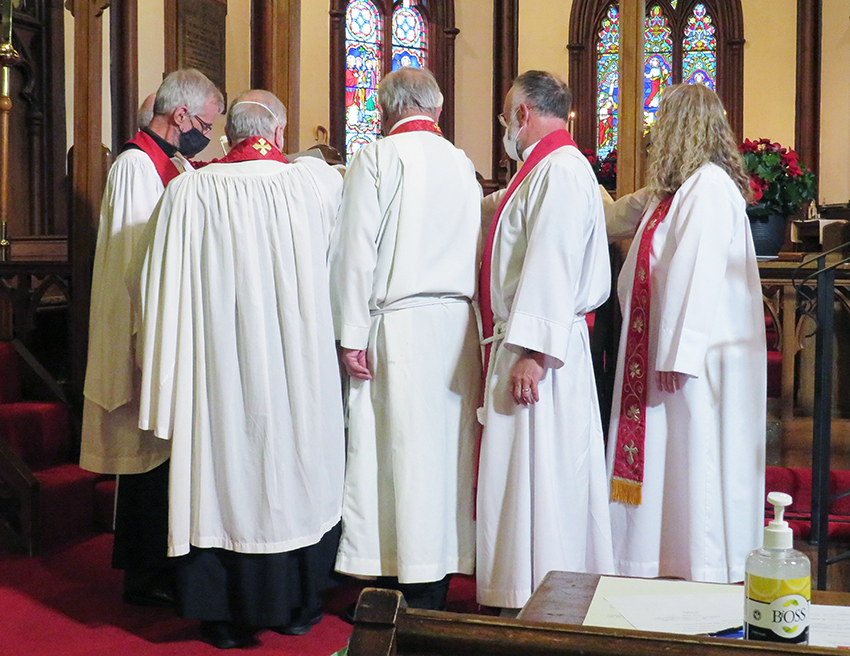 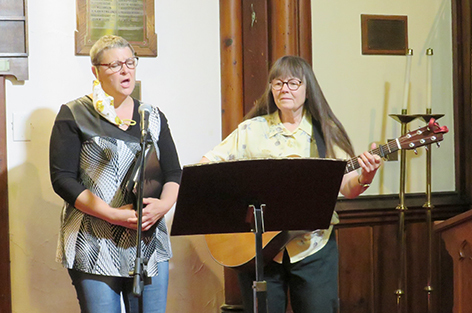 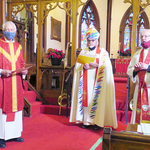 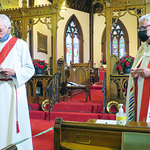 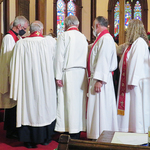 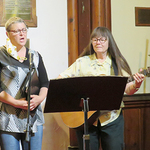 All Saints Church in St. Andrews played host to the ordination of the Rev. Deacon Bob Cheatley to the priesthood on June 6. A group of fellow priests, mostly from the Archdeaconry of St. Andrews, joined Bob in support.

Archdeacon John Matheson outlined the COVID protocols and Archbishop David Edwards presided. Musicians were Steve Braithwaite on the organ, and the duo of Ruth Dunfield and Dawn James on guitar and voice. The service was recorded by local television station CHCO, allowing Bob’s mother to watch the ordination when it’s broadcast.

During the ceremony, Bob read out the declarations and then signed them. John acted as Bob’s presenter. The visiting priests, Keith Osborne, Kevin Borthwick, Mary Anne Langmaid, Ross Hebb and Jim Crighton, were invited to lay hands on Bob as they prayed.

In David’s homily, he noted that he and Bob have known each other for at least 20 years, their connection being education — David at Threshold Ministries and Bob at St. Stephen’s University.

“It’s wonderful to see Bob arriving at the place he was meant to be,” said David.

Matthew 9:36-38, which Bob had just read, is one of David’s favourite passages of scripture, he said.

“It’s a pivotal point in Matthew’s gospel, where Jesus leaves behind the mission of trying to convert the institution of Judaism, to [implement] the new priesthood,” he said.

“The motive of Jesus is spelled out very clearly:  Jesus saw the crowds and he was moved with compassion, for they were like sheep without a shepherd.”

Matthew, as a writer, was always drawn to the multitudes — those who never fit in with the ways of established religion, said David.

“I ask that you and I seek ways to work so that those not yet in the fold find their way.”

Near the end of the service, parish wardens Nancy Carson and David Lord presented Bob with a gift. Flowers in the church were sent by long-time friends, the Rev. Keith and Elinor Joyce. Keith is the former dean of Christ Church Cathedral.

David presented documents, including a licence, to Bob, who will continue his ministry in the Parish of St. Andrews. He also took the opportunity, while at All Saints, to present a layreaders certificate to Cheryl Hooper.

John assured those gathered that usually, there is a celebration after an ordination, with food and fellowship. Due to pandemic restrictions, that has been delayed, but the hope is to hold a public reception soon where Bob’s ordination can be celebrated.

2. The Rev. Bob Cheatley and Archbishop David Edwards during Bob's declaration of faith.

3. Several priests attended in support of Bob. They are seen here laying hands on him during prayer.

4.  Dawn James and Ruth Dunfield provided some of the music during the ordination.