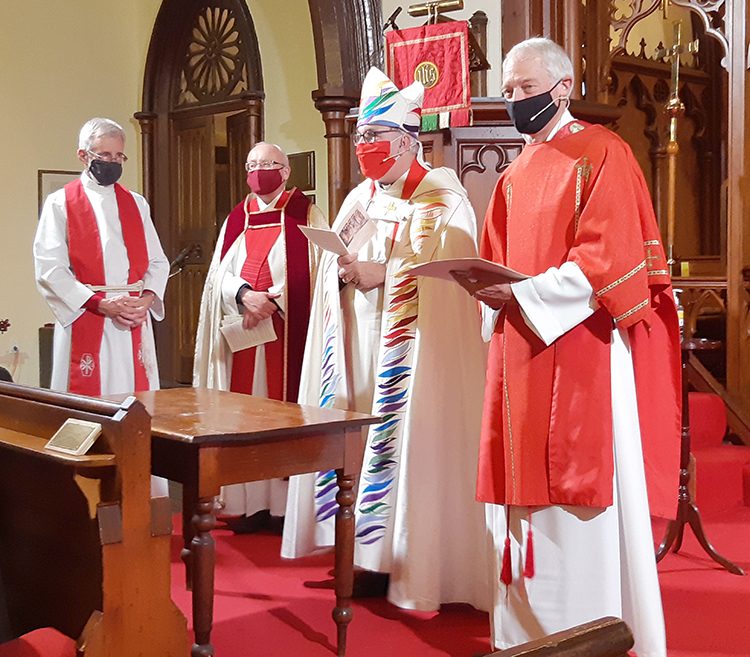 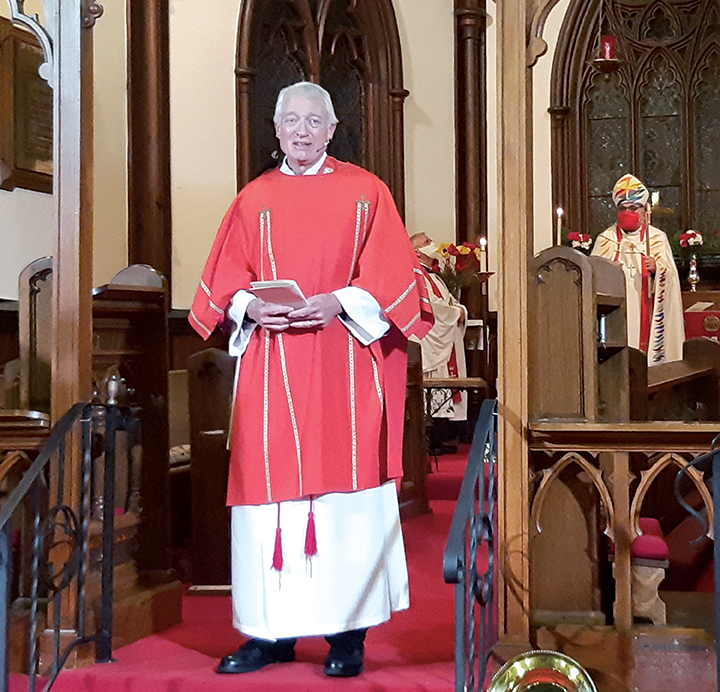 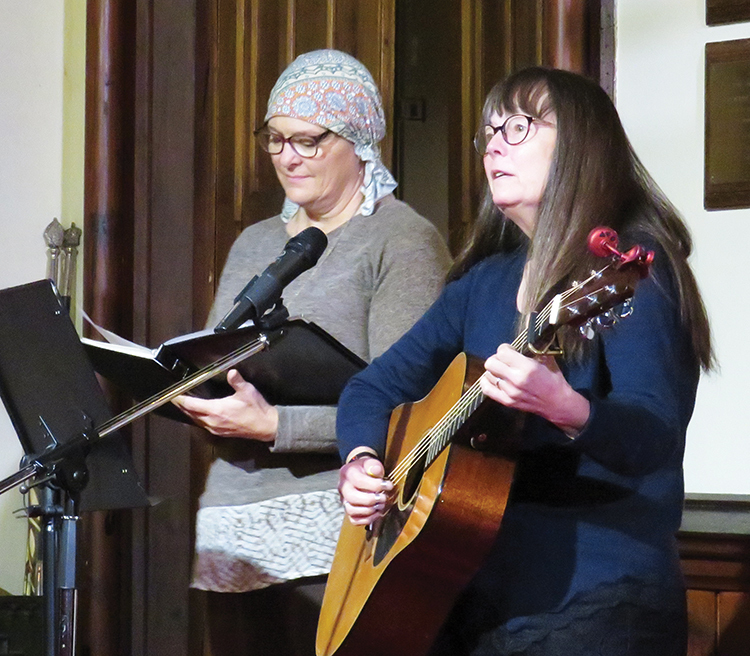 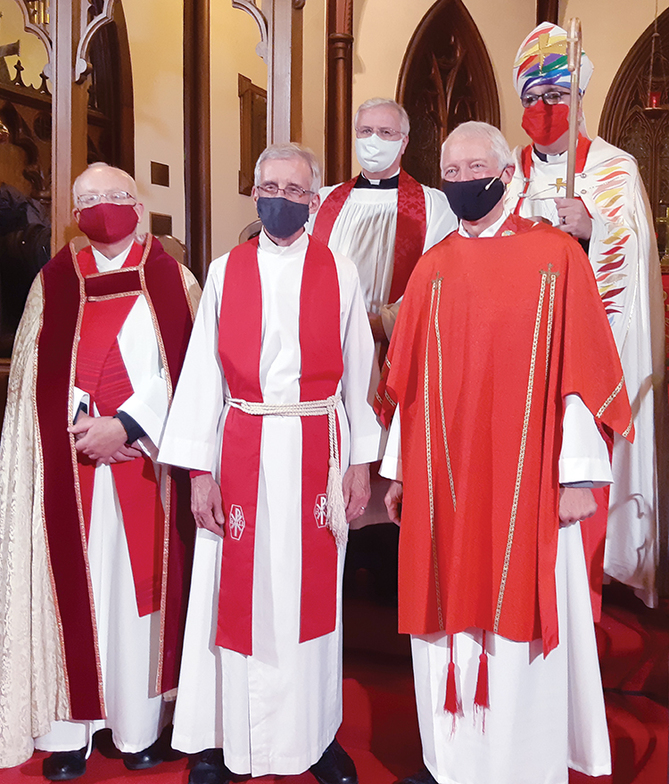 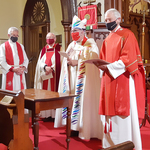 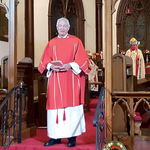 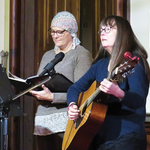 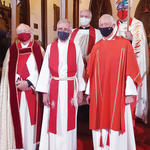 It took a good many years, but finally, on Nov. 1, Bob Cheatley fulfilled his call to ministry.

“My first sense of a calling was many years ago,” said Bob in an interview just before his ordination service at All Saints Church, St. Andrews.

But this Toronto native, after earning a degree in agriculture, headed west and worked in feed man-agement for many years. That career brought him and his wife to St. Andrews in 1996, and it was in 2002 that he felt he should begin steering his life towards ordained ministry.

“My work life started to change at that time, so I went into the St. Stephen’s University ministry pro-gram,” he said.

After his first year there, the university was badly in need of a president. He was well-versed in bring-ing failing businesses back from the brink, and one thing led to another. Technically he was still a stu-dent when he became the university’s president.

He finished a Masters degree last year, and since then, has been working towards ordination.

“Cathy Laskey worked behind the scenes, and John Matheson has been huge in my journey,” he said.

THE SERVICE
A large but socially distanced crowd joined Bob and his wife, Marlene, for his ordination to the transi-tional diaconate. Several area pastors were present, which Bob noted, as were fellow priests Keith Osborne, Kevin Borthwick and John Matheson.

The service was recorded by CHCO TV, allowing extended family to view it, since they could not travel due to COVID-19.

During the ceremony, Bob was vested by the Ven. Keith Osborne. Kevin Borthwick acted as bishop’s chaplain.
During his sermon, Archbishop David Edwards spoke about the unmistakable mark of God on Bob.

“God’s calling to Bob to ordained ministry is indelible,” he said. “It can never be taken away. This call on his life was known before the beginning of time, never to be removed.”

But ministry is not confined to the ordained, he said.

“All of us who say we are followers of Jesus Christ are called to minister — some to ordained ministry — but all of us are called. All of this was known before the beginning of time in the mind of God.”

That calling includes a basic truth — we are called to be reflections of God, made in his image.

“On All Saints Day, we are all part of that reflected image of God into the world,” he said.

Then Abp David went on to tell the story of a man who played a huge role in his own conversion.

“The person who highly influenced my becoming a Christian died in 1785,” he said. “His name was John Fletcher, and he was the vicar of my home parish during the Methodist Revival.”

His actual birthname was Jean Guillaume de la Flechere, a Swiss mercenary who moved to England and became John Wesley’s designated successor, though he died before Wesley.

Fletcher was known to walk down the hill from the church to the pub, grab people by the hair, drag them up to the church and preach to them.

This was a rough coal-mining town, and the people were not kind to him, even though, ultimately, he had their best interests at heart.

These stories were quite intriguing to Abp. David as a child. So he decided to do a school project on Fletcher. He visited the vicar, who showed him some artifacts and the place where Fletcher used to pray.

“There were dimples in the floor where he knelt to pray,” he said, adding there was a piece of plastic on the wall that hid the damp patch formed from Fletcher’s breath as he prayed unceasingly for the people of the town.

“I was impressed,” he said.
|
In 1785, as Fletcher was preaching, he had a massive stroke. The people picked him up, took him to the vicarage and put him to bed.

Later, a torch-carrying crowd formed outside the house. They pounded on the door, demanding to be let in.
His wife refused, saying, ‘don’t you know he’s dying?’

“There can be no better epitaph,” said Abp David. “We’re called to pray like we’ve never prayed be-fore. To love like we’ve never loved before, because so many, including ourselves, need to hear it in this time of great need.”

At the end of the service, Bob thanked everyone for coming, with special appreciation to those who worked very hard over the last few years, months, weeks and days to help bring this ordination ser-vice to fruition.

Bob will serve in the Parish of St. Andrews.

Dvid over 1 year ago

Wally Corey over 1 year ago

God bless you for taking this step of faith in glad obedience to God.
A few years ago I phoned you to say welcome to NB & to tell you we had friends;Charlie &Alex Cheatley who
were related to you & we had hoped to meet you.Then with some health issues & the busyness of life I did
not get to St.Stephen to meet you. Perhaps you could forward this email to Charlie & Alex .We have lost
touch with them.
If you come to Saint John,I would like to meet you.
My good friend,Keith Osborne is involved in the same congregation as I am.Lynne & I see Keith & Vivienne
quite often.
I will be praying for you as you serve with my good friend John Matheson
Blessings,
Wally Corey