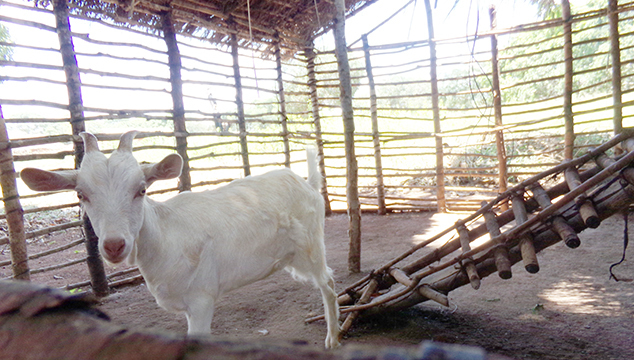 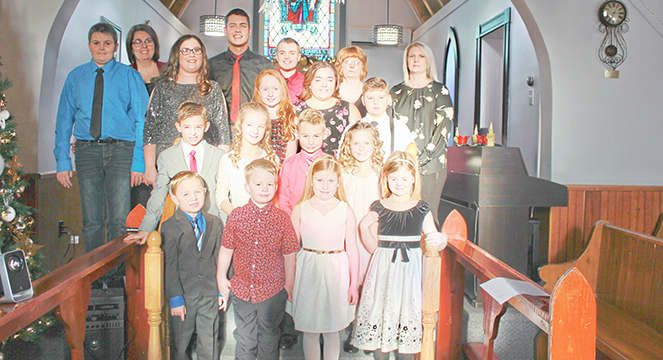 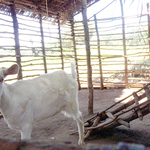 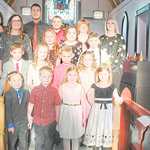 The little Sunday school that could

By Siobhan Laskey
When their priest made the announcement to them, he sang out, “Baaaa-by goats…” and got an unrehearsed reply of bleating in imitation of baby goats.

The immediate response was laughter. But, given how often goats had been on their minds of late, it should not have come as a surprise.

Each year St. Agnes’ Sunday school, which serves the Parish of Derby and Blackville’s three congregations, has taken on a challenge of outreach during Advent. This year they decided to support the Primate’s World Relief and Development Fund’s (PWRDF) “World of Gifts” program.

They were determined to “purchase” at least a few goats for someone in the world who, in turn, would raise them and use them to breed, as food, and for milk.

One past recipient of goats has related how they were able to have milk for their own use and to sell the excess to support the family in other ways. It is, as others say, a gift that keeps on giving.

The Sunday school made plans for how they would raise the monies for this project. They contributed through their individual means, invited everyone in the Parish to join with them, and decided to have a bake sale following a regular Sunday service.

Very quickly, contributions to their project began to grow. They also learned that some of the items available to purchase were earmarked by federal government programs for matching funds. One goat was matched with funds for six more, so their goal of aiding others was growing exponentially.

They had funds to buy a few goats and, encouraged by the support they were receiving, began to dream what they thought might be an impossible dream. They wondered if, together, purchasing a whole farm was possible.

A goat cost $30. A whole farm — a cow, a goat, two pigs, five sheep, 40 chickens, 20 guinea fowl, 20 kilograms of seed and farm tools — is a big dream with a price tag of $470. That’s a lot of change! But part of what they had been learning together was about trusting in God and putting faith into action.

Each week the Sunday School contributed a report for inclusion in the weekly bulletin. Funds raised were noted in dollars, but also measured in the number of goats that translated to. By the first week of Advent they had raised $287 — or 67 goats. So close to that whole farm, but still so far away.

Recipe ideas were shared. “Marketing plans” made. And, advertising done for their upcoming bake sale.

The crescendo of all of their plans came when they realized their new total was $891. Enough for that dreamt-of whole farm, and almost enough for a second! Their goal was to have all their work done so that an announcement of a grand total could be made at their annual seasonal presentation on the third Sunday in Advent.

After the skits, the singing and traditional dramatization of the Nativity story, it was time for the announcement of the final total. And that’s where their priest’s use of the popular little ditty circulating through social media came in.

But it also translated into a determination to find other ways to reach out to their brothers and sisters in Christ, in coming together to work on common goals and to remember that thankfulness is the heart of prayer.

A lot of cash — a lot of goats
By the Rev. Chris Hayes
For the second consecutive year, the Parish of Salisbury & Havelock took on a fundraising effort to help others beyond their region by adopting PWRDF’s World of Gifts catalogue entry — a goat — as their Advent and Christmas gift to others.

This past season, they raised money for a whopping 51 goats!

Last year, they raised money for 39 goats, a wonderful effort in itself, considering the combined average Sunday attendance for the parish is in the mid-60s.

Parishioners commented that a goat’s sustainability was an important factor — ongoing milk supply, breeding to provide additional kids, and an eventual source of food — and therefore seemed to have more bang for the buck (no pun intended!).

With the federal government’s matching program providing six times the parish donation, this meant that the $1,530 given by the parish becomes a total of $10,710 after government additions!

Great generosity was shown by individuals, families and groups in the parish for this project. There is no way to known how many people, families and villages will be helped by the addition of goats into their midst. How many health emergencies will be avoided by better nutrition? How much suffering will be abated?

We won’t know, but we are thankful for the contributions made by members of this parish (and all those who enabled PWRDF to give such gifts of help to so many).

Thank you, PWRDF, for providing the opportunity and the catalogue through which help can be given in ways that show — in part — what that help can do. Go goats!

Resources
Stewardship
Comments for this post are now off.