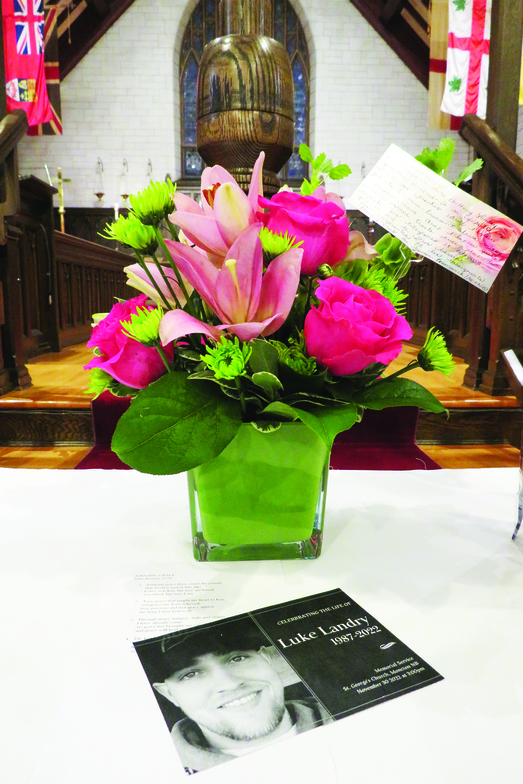 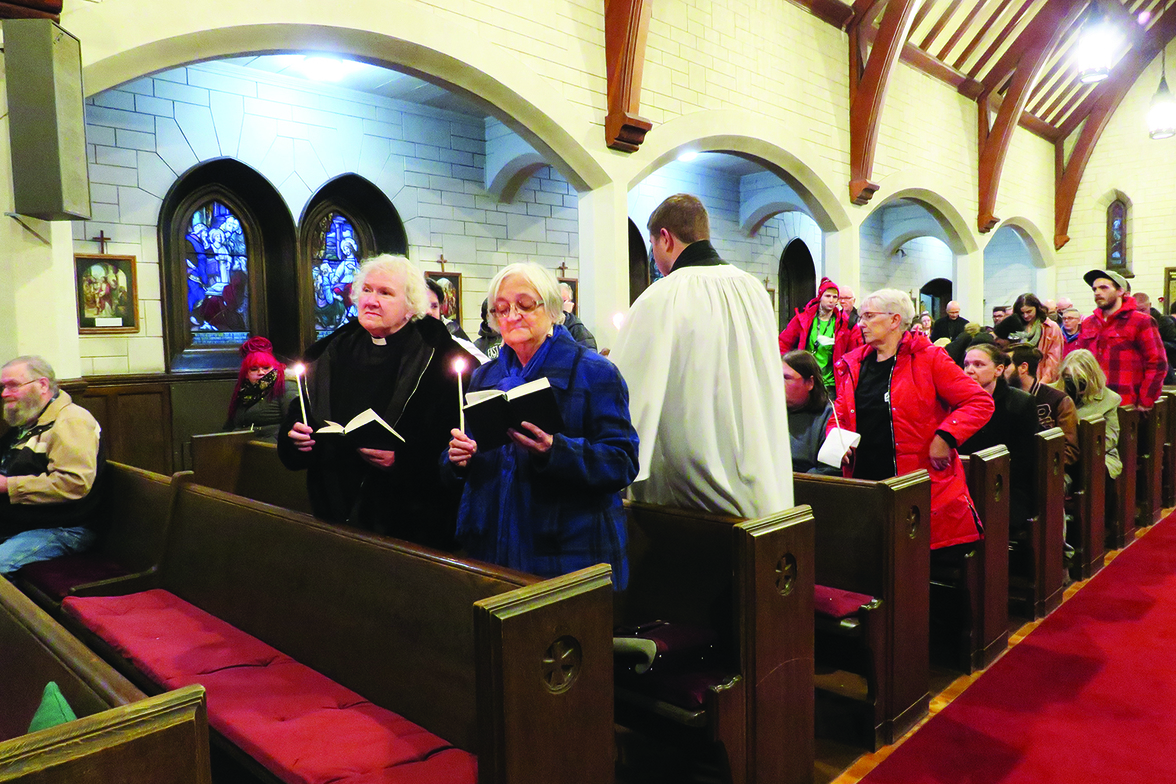 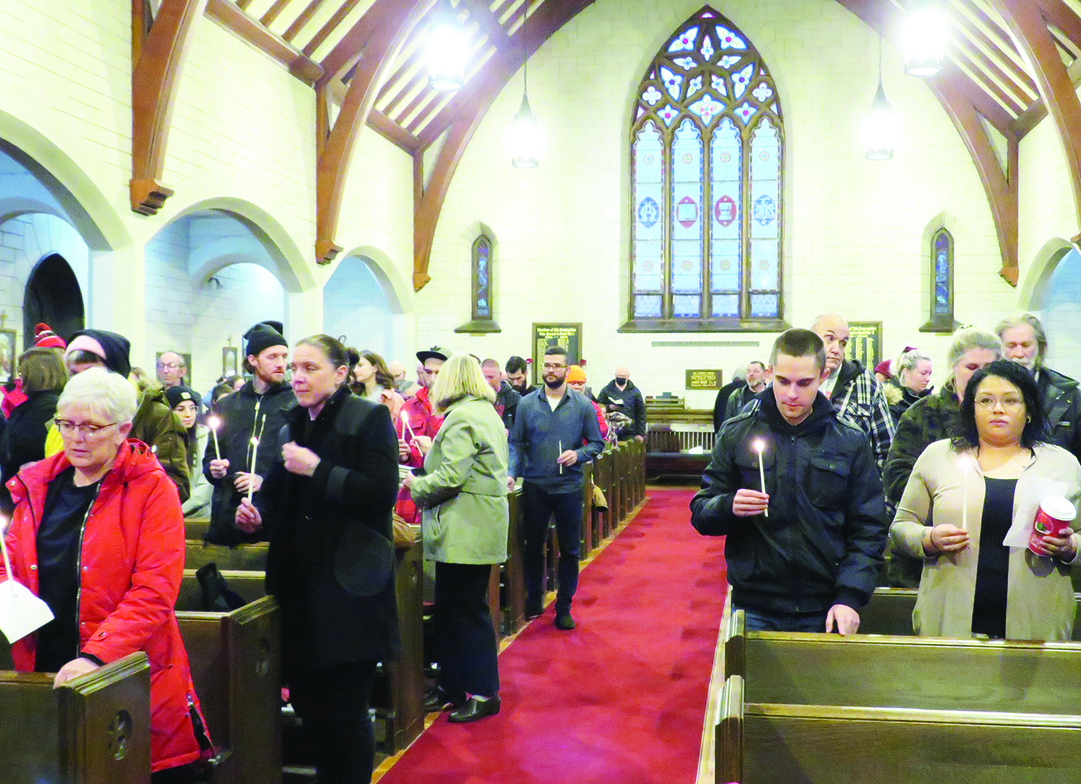 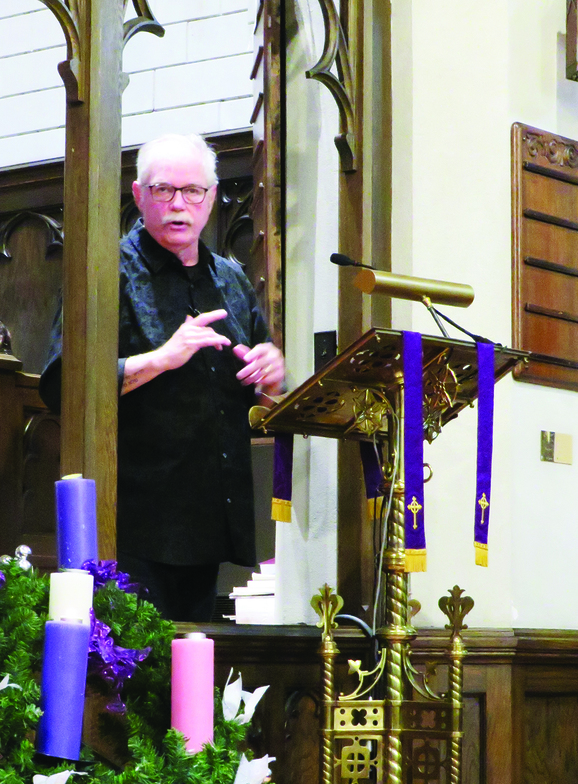 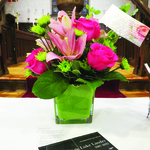 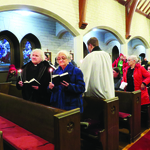 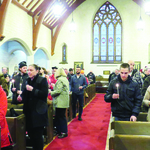 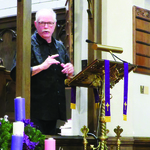 St. George’s Anglican Church in Moncton hosted about 150 people who gathered to say goodbye to Luke Landry, the 35-year-old homeless man who died Nov. 21. The service was held Nov. 30.

Luke had been released from jail that day and tried to access programs in the city that would provide a bed for the night. Despite community workers staying late and making numerous calls, no bed was found. He had no winter clothes and no where to go.

His mother, who lives in British Columbia, sent him $100. He was found dead in a public washroom outside Moncton City Hall just after midnight on Nov. 22. No cause of death has been released.

Luke was well-known at St. George’s, having accessed many of their outreach programs.

“He camped out here in 2020,” said the Rev. Canon Chris VanBuskirk. “And he stayed here last winter.”

Both the camping in the yard and the emergency shelter in the church basement were attempts to give the homeless population a place to stay.

Luke had also been a member of Fire Watch Ministries, a mission serving ex-offenders, led by Eden and Carolyn McAuley, that meets at St. George’s. So there was really no question that any memorial service for Luke would be held at the church he was familiar with.

Priests, community workers and many friends of Luke’s gathered to pay their respects. His family was able to watch a livestream of the service online. Chris and the Rev. Rick Cunningham led the service, which featured eulogies from several friends.

“We give thanks for the hope we have in Jesus Christ,” said Chris during his welcome. “We’re also here to pray for Luke’s family and for each other.”

Chris patiently explained how the service would unfold for those not familiar with the Anglican tradition.

“We will be using a form [of prayer] that has been used for hundreds and hundreds of years,” he said.

Paul Clements read a message from Luke’s mother, Mary MacDonald, but he began by saying, “I’m going to do something unorthodox. What was his name?”

A few people answered, “Luke,” but Paul asked again, louder, “What was his name?”

This was in response to the Humanity Project circulating a meme on social media stating, “His name was Luke” with the message that more needs to be done to help the homeless.

“My heart was broken last week when I heard the news about Luke,” said Danny Gallant. “It’s still broken. We had many road trips, late night talks. I’ve known him a very long time.

“I choose to remember Luke as someone who loved learning and loved people.”

GORDON MACLEOD
Gordon MacLeod spoke about the first time he met Luke. He was driving on High Street when he saw an older man slumped on the sidewalk. He stopped to help. Over his shoulder he saw a man approach, “heading straight for me,” he said.

“I yelled, ‘step off!’ I wanted to concentrate on helping this man.”

When he continued, Gordon yelled his command again.

Several months later, while Gordon was lecturing at Crandall University, he noticed a young man with a wry smile among the students.

“It was like he knew something I didn’t,” said Gordon.

Later, that young man sought out Gordon and asked, ‘Do you remember meeting me?’

Yes, today, you were in my class, said Gordon.

“We both laughed. He used to call me Big Brother.”

Over the months that followed, they became friends, talking about faith, life and family.

“He grew up in the drug culture of Cape Breton,” said Gordon. “So did I.

At Crandall, Gordon came to see Luke as bright, hardworking and funny.

“I love Luke. I miss him already, but I know by God’s grace I’ll see him again. Why am I so confident?”

Gordon answered by quoting Romans 8: 38-39:  For I am sure that neither death nor life, nor angels nor rulers, nor things present nor things to come, nor powers, nor height nor depth, nor anything else in all creation, will be able to separate us from the love of God in Christ Jesus our Lord.

NATHAN MASKERY
Nathan Maskery spoke of his relationship with Luke which began many years ago when Luke came to Moncton. When Nathan moved to Thunder Bay to plant a church in 2017, Luke looked him up while passing through on his way to British Columbia.

Nathan gave him a tour of the church, and noticed Luke crying.

“There was this tenderness in Luke when he talked about God.”

One time they were in St. George doing outreach, and Luke jumped up on a park bench and started preaching impromptu.

“He was super intelligent. We didn’t always see eye to eye on theology, but he could always back it up. He was always challenging me. I told him ‘I wish I had your brain.’ I envied that.”

Nathan told those gathered that his wife had changed her name in his phone, so that when she called, the called ID was ‘love of my life.’ One day she called Nathan, and Luke saw the caller ID.

“That better be Jesus calling!” he said.

Nathan was at his church in Thunder Bay when he got the news about Luke. He longed to come back, but knew he couldn’t. The previous Sunday, he preached about hope as the Advent season began, and talked about Luke.

After the service, someone called him to say ‘we feel like you need to be at that service.’ They paid for Nathan’s ticket to Moncton.

Chris ended the service by explaining that the candle burning at the front represents the risen Lord Jesus, and invited everyone to light the candle each had been given.

“Hold that candle as a reminder of Jesus, the conqueror, the king and saviour.”

A reception was held after the service.

CHRIS
An hour before the memorial service began, Chris was downstairs laying out sleeping mats for the 50 or 60 homeless people he was expecting that evening. He opened his church as an emergency shelter last winter for several weeks, but said this year, it would not happen again.

So why is the basement of St. George’s open again for those in need?

Ironically, the temporary shelter opened for the first time the night Luke was looking for a place to go. They’ve been open almost every night since Nov. 21 — the decision dependent on temperature.

A sliver of good news is that a week after Luke died, the city voted to temporarily open the Moncton Lions Community Centre on St. George Street, which it owns, to those in need of shelter. It will offer 100 beds, which will not solve the issue for the 500 homeless people in Moncton, but it will make a dent.

“If not, what I heard is they may use a tent in the meantime,” he said. “What I get from that is they’re serious.”

EDEN
Eden has known Luke for many years, and readers were introduced to him in the April 2015 edition of the NB Anglican through a story on Fire Watch Ministries, which Eden and his wife, Carolyn, run. It focuses on ex-offenders.

Virtually all the people Eden and Carolyn serve are addicts who turn to crime to fund their habit.

Eden has never seen Moncton in such bad shape when it comes to its most vulnerable.

“What a disaster,” he said. “It’s such bad news. I’m fearful of more deaths coming.”

To read the April 2015 story that includes Luke, click here.

PHOTO CAPTIONS:
1. Flowers in remembrance of Luke Landry at St. George's Anglican Church in Moncton.
2. The Rev. Rick Cunningham helps light candles of those in attendance during the memorial service for Luke Landry.
3. The memorial service was well attended, with about 150 community workers, priests and friends of Luke.
4. Gordon MacLeod shared his memories of Luke, whom he described as bright, funny and hard working.
McKnight photos

Martha Barker about 2 months ago

God bless you Luke, I hope I get to meet you when I get to Heaven. I pray that your death makes a difference for the homeless community, one thing we know for sure is that it is part of God`s plan.

Cynthia Derksen about 2 months ago

May Luke find the peace & rest he was searching for..He is now numbered with the Saints... may he rest in peace & rise in glory.