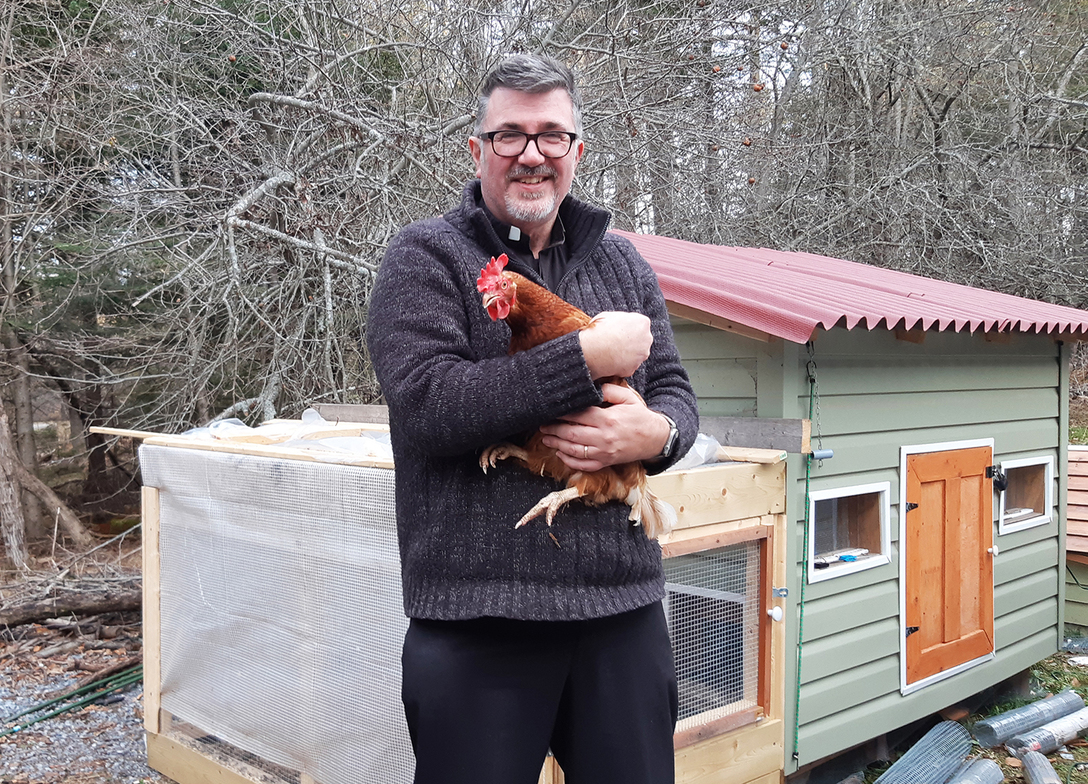 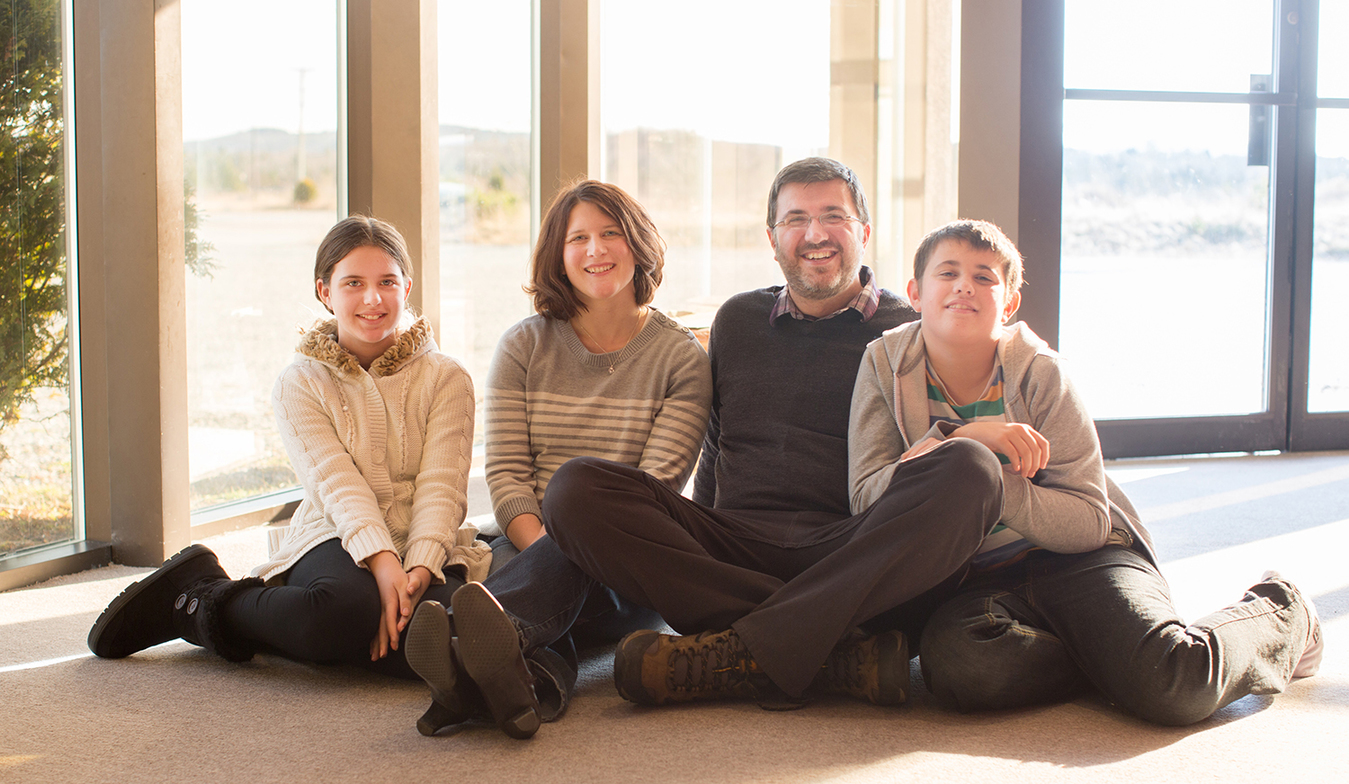 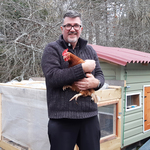 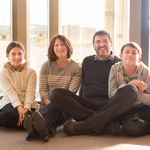 To understand the Rev. Jonathan Hallewell, you must first understand his sense of adventure, his propensity for dreams and visions, and his desire for obedience to God.

Fortunately, all have worked together because God has brought Jon to Canada five times. Hopefully, the last move is permanent for the rector of the Parish of Renforth.

Jon was born in Luton, UK, north of London. He was raised in the Salvation Army, but his life has been a series of ecumenical experiences that include Baptist, Pentecostal, Vineyard, non-denominational and finally, Anglican.

God’s voice first brought Jon to Kelowna, B.C. to study worship ministry. Then in 2000, he followed God’s leading as he worked in Vancouver’s worst inner-city neighbourhoods as an assistant pastor.

In 2009, he felt a calling to the east coast, eventually pastoring the Vineyard Church in the Kennebecasis Valley.

And finally, he returned in 2016 with no job, but with a certainty that he was in the right place. That eventually led to ordination in the Anglican Diocese of Fredericton, albeit with a good deal of kicking and screaming.

EARLY LIFE
Jon’s degree in political science is not how he has spent his life’s work. Almost all his working years have been in a church setting. His early work was in worship, at a time when old and newer styles of worship clashed.

“It was like a wrecking ball to some people,” said Jon. “During Communion, we sang ‘Seek Ye First’ — me and the guitar — and someone told me ‘you’re turning this place into a nightclub.’”

After returning from Kelowna, Jon worked for St. Mary’s Anglican Church in Luton and was heavily involved in interdenominational city-wide worship.

“At an interdenominational young adults group, a friend tried to set me up with a girl,” he said. “But that night I met Lyn and my life has never been the same since.”

Within a year they were married, and their son Ben was born the next year. Lyn, a nurse, was a willing partner in Jon’s work, and like her husband, was obedient to God’s calling.

That meant uprooting the family in 2000 to move to Vancouver for a year of inner-city ministry. On the day they flew to Canada, they found out Lyn was pregnant with their second child, Grace.

MINISTRY
Jon is not your typical priest. He didn’t seek or feel called to ordained ministry. He was far more caught up in what was called the emerging church, the Fresh Expressions movement, new takes on theology, rethinking worship and so on.

“I had theological debates, reflections, questions and almost crises,” he said. “In that time, I realized the gospel is the announcement that Jesus is Lord and there is no place in life where that doesn’t apply.”

But all his life, he’d seen a church-shaped faith, as opposed to what he called life-shaped faith. He questioned the purpose of church worship and how the church could better equip people to seek Jesus in their workplace, where they spent so much time, or equip children to grow in Christ.

He realized the gravitational pull of Christianity toward established church structures is the opposite of an apostolic church.

“When we gather, it should be an equipping and sending-out centre,” he said, adding that church in some cases can seem to be a place for Christians to entertain themselves.

He also mourned the fact that the greater church, broadly speaking, has often tried to control and coerce people with fear — something far removed from the journey of Christ.

“These were practical questions I was asking, but they were hugely unpopular.”

Although it might sound strange to hear this from a priest, Jon says, “I don’t see worship as something God requires of us. I see worship as being face-to-face with God, where we see who God is, and as His image, who we’re made to be. It’s not merely a stylistic activity. Therefore, when people debate church — the style, the music — we are somewhat missing the point.”

But wrestling with such heavy topics was isolating and burdensome, which led to difficult periods of depression and burnout in Jon’s life.

ACROSS THE ATLANTIC
To hear Jon tell it, the family has had a wild ride, following God wherever he directed — to Canada, back to the UK, back to Canada, a pattern that repeated itself with what some might consider alarming frequency. But in every case, God gave clear signs of where he wanted them.

Sometimes those signs came as a dream, a strange coincidence or word of prophecy from others. And on one occasion, while on a prayer retreat in France, Lyn reached down for her purse and found a Canadian quarter.

Another time, Jon wanted to show Lyn a beautiful deer sanctuary he had discovered, but on the day of their visit, the car park was closed. ‘Go down the road a quarter-mile to Canadian Cross,’ was the workman’s direction.

“It was literally like a shaft of light!” said Jon.

There they found ‘Canadian Cross’ — a small park built as a prayer site by Canadian soldiers soon to depart on D-Day in 1944. The memorial, these days, is graced with Canadian flags. The message could not have been clearer: go back to Canada.

By this time, the family were permanent residents of Canada, and still had a house in the Kennebecasis Valley that had never sold. That was 2016, and they’ve been here ever since.

ORDINATION
There was no job awaiting Jon when they arrived, just a desire to obey God. He eventually began consulting on a church unity project, which led him to Outflow Ministry, where Archbishop David Edwards had his Saint John office.

“It was there that I bumped into David Edwards, and that was the end of life as we knew it!” said Jon, laughing.

Jon had many ideas to bounce off the bishop, so much to share and debate. David eventually helped Jon discern a call to ordination, but the steering was rough at first.

“I so resisted being ordained,” he said. “I never wanted to wear clerical robes. I didn’t really want to do this, and I told God, ‘I don’t think I’m going to do this.’”

Surely his obedience so many times in the past had earned him a free pass. But no.

One morning, he found himself driving the children to school because they’d missed the bus. He was grumpy, stuck in traffic, and out of nowhere, a student walked right up to his car, wearing a t-shirt that said, in bold letters, “OBEY.”

“In the end, I really enjoy being ordained,” he said.

ST JAMES THE LESS
Even though their initial links to Quispamsis were through the Vineyard Church, they had sometimes attended St. James The Less in Rothesay. Jon even took the service when its rector, the Rev. Eric Phinney, was away.

As ordination began to feel like a real avenue, Jon felt the Lord was calling him to St. James The Less and David had sensed this too. When Eric announced his retirement, the parish joined in this discernment. Jon was ordained a deacon at the church in 2018.

These days, his parents, Bernard and Margaret, are Jon’s parishioners, spending half the year on the Kingston Peninsula, where they bought a property, and half in Edinburgh where Jon’s sister lives.

But Jon is sometimes puzzled as to why God has put him in charge of a parish. He is not flamboyant or loud. He doesn’t like brash religion. He knows he’s not the best guitarist or the best preacher.

“I feel I am inadequate in everything I do, but God has arranged it that my weaknesses are seen,” he said. “Paul talks about God being strong in our weakness.”

As for the many times God has spoken to him and Lyn in dreams, visions and coincidences, Jon is quite clear that he’s not some unique vessel God has chosen.

“Him speaking isn’t a mark of our spirituality,” he said. “We just don’t always listen well. Jesus is the Word of God, by definition, he is always speaking.

“Everything we need is included in what he’s saying. His speaking is what gives us life. When we share, it gives life to others.”

When Jon looks back on the circuitous path that has led to the diocese, his reaction is, ‘this is nuts!’ But he’s found a basic truth he shares, somewhat quietly, with all who will listen: Learn to hear God and do what he says in life.

2.  A  family portrait taken when they pastored the Vineyard Church in Kennebecasis Valley: Grace, Lyn, Jon and Ben.  Submitted photo

Kingston And The Kennebecasis
St James the Less, Renforth

Thank you for sharing this! Barbara

I am a blessed member of St. James the Less. I am so thankful to the Lord for the challenges Jon brings. He has taught me new ways to look at the Word and new depths to my experience of God's love

Very interesting story of discernment. I am church seeking and this unfolding intrigues me; kicking and screaming is often the way.