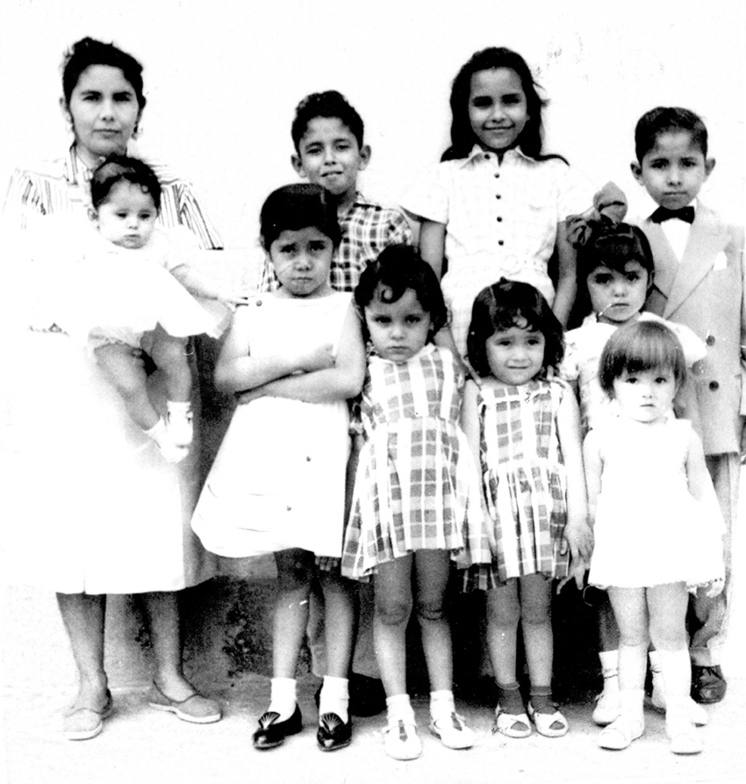 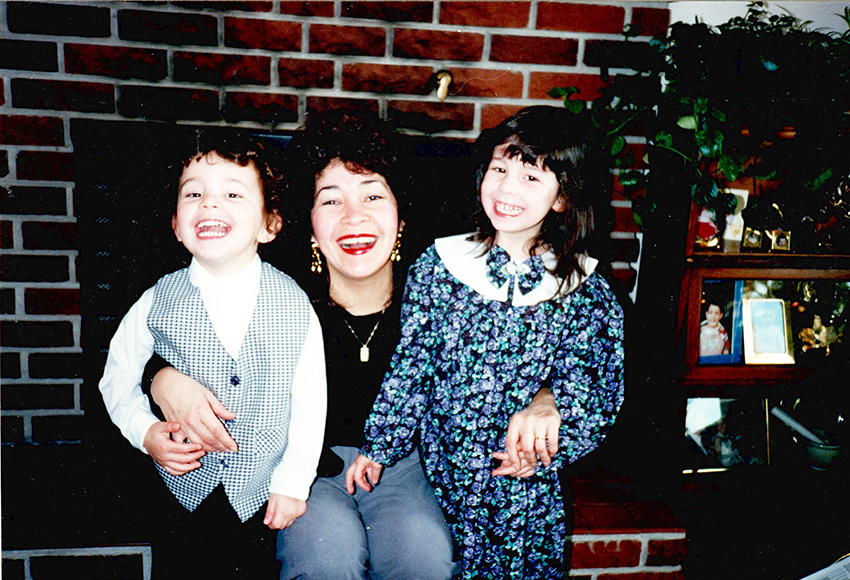 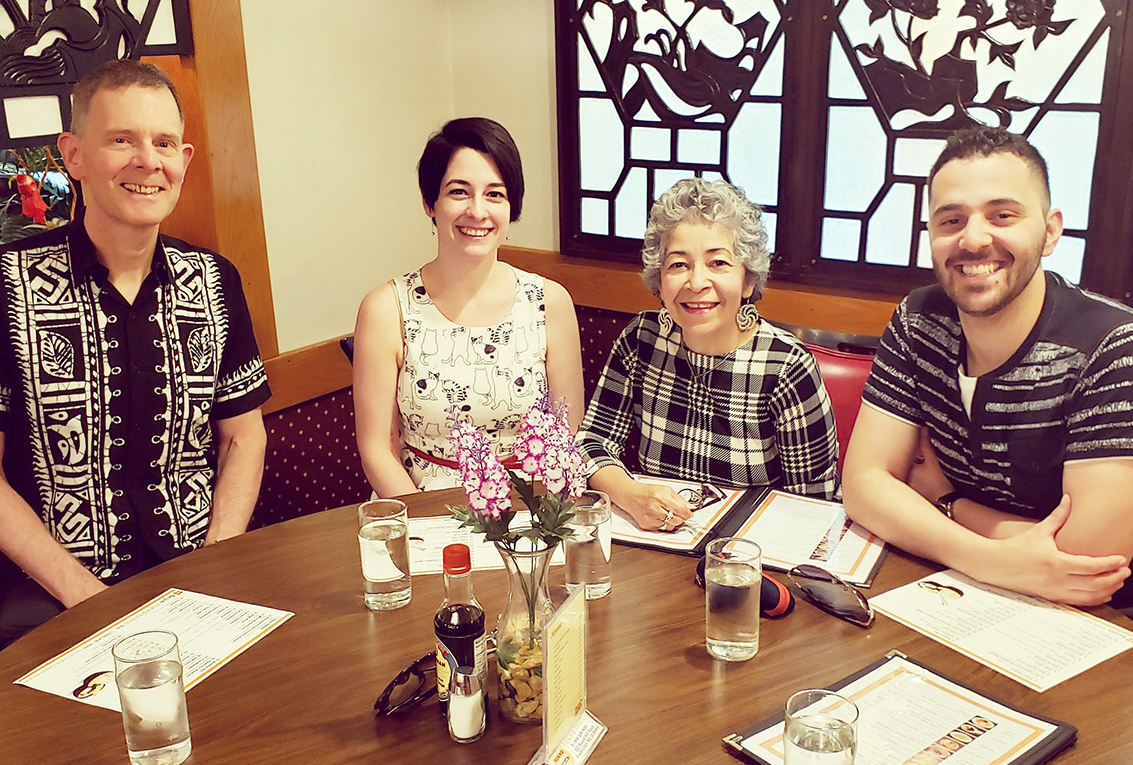 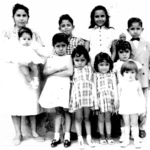 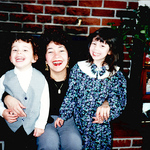 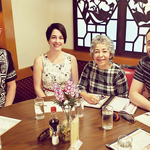 It’s been a long time since Rosa Macaulay’s been home, seen her brothers and sisters and revisited childhood memories in her hometown. It’s not that she doesn’t want to return. It’s that she can’t.

Gang violence, government instability, severe shortages of basic goods, a poverty rate of 96 per cent and massive unemployment in Venezuela have kept her in Fredericton.

Her birth country has been the victim of its own success. When oil was discovered a century ago, the country grew exponentially, but in the wrong way — becoming almost totally dependent on one export while failing to build its infrastructure and diversify its economy. A succession of military dictators, corruption and unstable world oil markets put it in a precarious position.

Then a socialist president, Hugo Chavez, who promised so much, evolved into an authoritarian who took power for himself from every institution. He died in 2013, leaving more unrest and instability that has only worsened.

So the country with the largest oil reserves in the world cannot feed, educate or care for its own people, cannot maintain law and order and cannot sell most of its oil due to sanctions imposed by many countries. That is why Rosa stays in Fredericton.

CHILDHOOD
Rosa is a middle child of 12. She grew up in San Antonio, a small border town in southwest Venezuela just across the Rio Tachira from Columbia. Her family was very close, her father a military man. Church, school and family were her life.

When she graduated from high school in 1975, the country had a scholarship program to send students away to foreign universities. The aim was for them to return as educated professionals, mostly in the oil industry.

“There were not many people prepared to work in the oil industry and not a lot of universities,” said Rosa. “So the country decided to give scholarships. I applied and ended up coming to Canada.”

Actually, if all had gone according to plan, Rosa would have gone to university in the UK, and come home to work in the oil industry as a chemical engineer.

But neither of those two things happened.

“While I was waiting to be told when to go to England, I got word that a group was ready to go to Canada,” she said. “I didn’t know what to do.”

EDUCATION
When she looks back now, it seems quite amazing that she even left her country. She had never been anywhere and was always under the protection of her parents.

“I was very much shy. My mother and father represented me. I depended on them for everything,” she said.

She asked them if she should go to Canada. With 12 children in the family seeking their futures, of course the answer was to seize the new opportunity.

“That’s how I ended up coming to Canada,” she said.

A group of 35 Venezuelans arrived at Loyola College in Montreal (later Concordia University) with one goal — to learn English.

After that year, the students were encouraged to apply to Canadian universities, and Rosa applied to the University of New Brunswick, where the answer was no.

She continued to take courses, applied again, and the answer was yes. She entered the chemical engineering program, and that is where she met John.

John graduated in 1981, and Rosa, due to delays, visits back home and her time in Montreal, graduated in 1983. In the meantime, the two became engaged, but John was in Alberta working on his PhD.

They did their marriage preparation classes separately, John with an Anglican priest in Edmonton, and Rosa with a Roman Catholic priest in Fredericton. They were married at St. Dunstan’s Catholic Church in Fredericton in 1983, with both denominations participating.

Then it was back to Alberta. Rosa had a few job interviews, but without experience, she had no offers. Unlike her classmates who worked in the field during their university years, Rosa, on a student visa, was not permitted to work. And by this time, a recession was in play, closing a lot of doors.

After Alberta, the couple moved to St. John’s, NL for John’s post-doctoral work. In 1988, their daughter, Rachel, was born. Their son, Warren, was born in 1989.

“We always thought wouldn’t it be nice to go back to Fredericton, with at least one set of grandparents there. I really liked Fredericton,” she said.

They had a short stint in Ottawa, then in 1989, John accepted a position with the Research and Productivity Council in Fredericton, where he remained for the duration of his career. He retired two years ago, but Rosa works part-time.

ANGLICANISM
Rosa is still Roman Catholic, but she’s pretty immersed in Anglican life at Christ Church Cathedral. This was John's church, and when his parents invited her to attend when she and John were dating, she was anxious.

She’d never been to anything but a Catholic service. Would it be formal? Big? Intimidating?

What she found was a service very similar to what she was used to, “but there was so much singing in the Anglican church.”

She loved the singing. They continued to attend Anglican services on campus in Alberta, and back in
Fredericton, the children were heavily involved in Cathedral life, joining choir, youth group, puppeteers and traveling to Belize for missions.

When she was asked to teach Sunday school, she was sure she was unqualified, but she said yes, and enjoyed years of teaching children. She became nursery coordinator and helped with the choir. And at her mother-in-law’s suggestion, she joined Mothers’ Union.

“I didn’t know anything about it. Now I’m still a member!” she said. “When you have kids, you say yes to everything.”

For 12 years she prepared and led Prayers of the People, which she counts as a privilege. She and John volunteer with Helping Hands, a ministry that provides food, drives and other help, mostly to seniors.

She enjoyed the faithful support of her in-laws throughout her marriage.

“I always had examples — John’s parents were always involved. I always looked to them as an example. They were very kind and very helpful. I have always been in good hands and I’ve always felt welcome.”

She cites Mothers’ Union members, especially the older ones there when she joined, as another positive influence on her life as a young wife and mother in a new country.

BACK HOME
As things deteriorated in Venezuela many years ago, Rosa realized the importance of becoming a Canadian citizen.

“I’ve been very happy here. I love Canada. I’ve never felt anyone was against me for being from somewhere else.”

Years ago, the family usually visited Venezuela every other year, “so the children could meet their cousins, uncles and aunts. They loved going there and speaking Spanish,” said Rosa. “But we haven’t been there since Warren was 12. He’s 31 now.”

The families use Facebook to keep in touch, though they all miss family. Even if it were safe, though, there is still the issue of poverty.

“There would be more mouths to feed when we get there,” said Rosa. “It’s a very bad situation. It wasn’t like that. It shouldn’t be like that. It’s a rich country in ruins.

“It’s sad. I never imagined it could get to be this way. For 20 years we have been saying it can’t get any worse, but it has.

“I don’t know when we’ll ever be able to do that, but there’s hope. We hope. We pray all the time. That’s what I can do.”

Most of her siblings still live in Venezuela and they get by.

“They are doing well because we are helping,” she said, adding that even sending money to the country is getting difficult.

“I’ve put off retiring three times because I feel I need to do this — as long as I can and as long as they need it. We help, and the rest is prayers going their way.”

1. Rosa's mother with the nine oldest of her children. Rosa is second from right in the front row.

2. Rosa with her children in the early 1990s, Warren and Rachel

3. A recent photo of the Macaulay family: John, Rachel, Rosa and Warren.

All photos courtesy of Rosa and John Macaulay.

Its good to know you, and now to know more about you!

Thank you Rosa for sharing your journey. You are a Mothers' Union sister-in-Christ. Bless you! Cindy

How blessed we are to live in Canada.
We need to be watchful & pray that many stable & Godly youth now in University will be called to serve in
government--municipal,provincial,&federal. Let us work & pray so as to keep the freedoms we all should
have. God bless people like Rosa & her family.

I appreciated this mini-biography by fellow parishioner/fellow Christian, Rosa Macaulay.