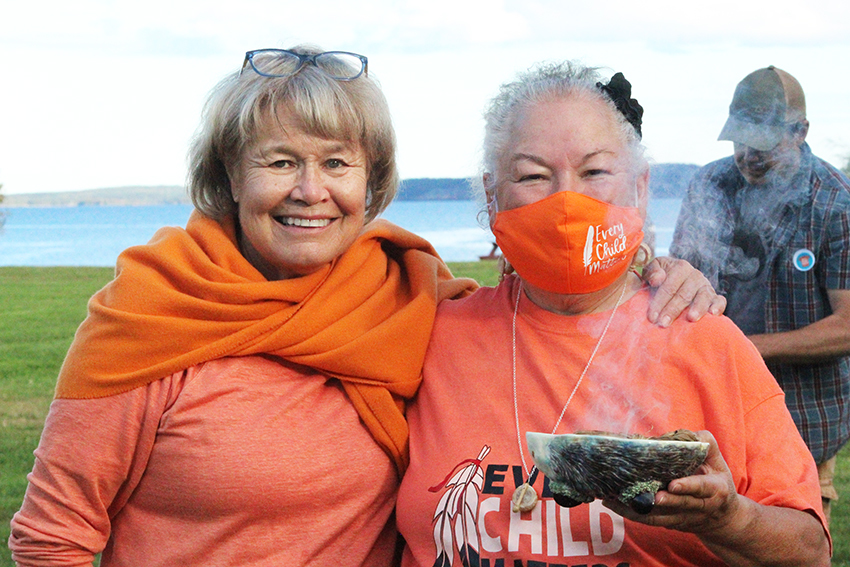 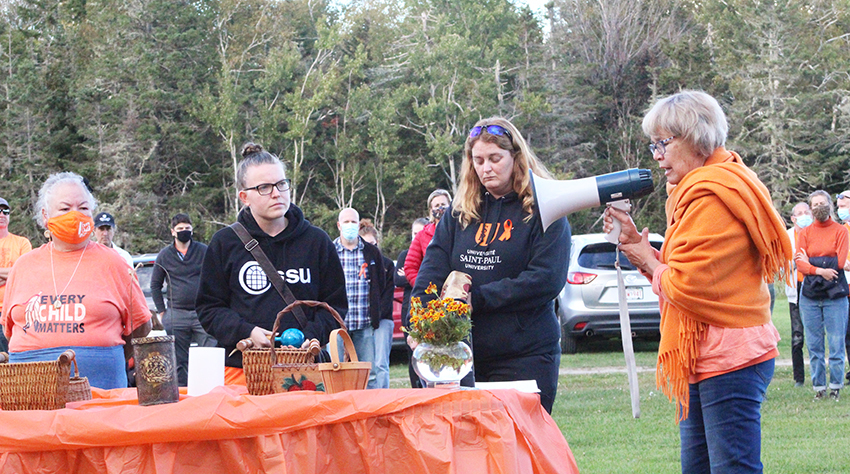 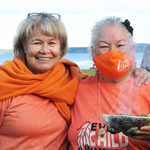 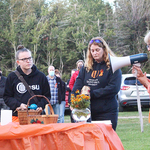 Aboriginals and “settler” Canadians need to work together on a new national narrative, says Judith Moses, deputy prolocutor of the Anglican Church of Canada and vice-chair of St. Stephen’s University board of governors.

First, however, the St. Andrews resident said Canada must face up to its painful past with the people the new arrivals from Europe found already here, and their descendants.

Parliament declared this new federal statutory holiday following the rediscovery of hundreds of unmarked graves of mostly aboriginal children at the sites of former Indian residential schools across the country.

The National Day for Truth and Reconciliation coincided with Orange Shirt Day which aboriginal women began in 2013 to honour both survivors and children who did not come home from Indian Residential Schools — children whose graves are being found today.

Akagi explained that the inspiration for Orange Shirt Day came from Phyllis (Jack) Webstad who went to an Indian Residential School in British Columbia as a six-year-old in 1973/74.

“Unfortunately, when she got there, her orange shirt was taken off her, and she was stripped of her clothing and given a uniform to wear. She never forgot that day nor did she forget to ask for her shirt back,” Akagi related.

“And, when you wear an orange T-shirt on Sept. 30, you are remembering the residential school survivors and those who did not survive and did not come back home,” she added.

Most people wore orange during the event.

The Indian Residential Schools are gone but their legacy, “the intergenerational trauma that still exists among aboriginal people,” lives on, Moses said.

She urged people “to honour the children but also to remember that colonialism has very, very negative effects on aboriginal people and, unfortunately, those effects are going to be with us for a long time to come.

“I believe that as a country, if we work together, we can come up with a new narrative for how we can go forward in the future,” Moses stated.

She encouraged people to wear orange shirts and learn about Native culture, languages and treaties.

“We are looking at those treaties to be fulfilled, to be respected, and it is important to understand them, the land that you live on, the people who used to live here and the languages that they used to speak,” she said.

Moses, of Delaware and Tuscarora heritage, comes from Six Nations, Ont. Her husband came from Charlotte County and they live here today.

The two used a bullhorn to make themselves heard against the breeze off the bay. The crowd wore masks and kept socially distanced to avoid spreading COVID-19.

Following the speeches, SSU student Christine Kay beat a drum and staff member Renate Gritter shook a rattle to lead a walking procession around the Point, with everyone invited to follow.

Moses and Akagi invited people to stop on their way past the pot of burning sweet grass and sage to smudge themselves.

They hope this act of remembrance becomes an annual event in St. Andrews, but Moses believes aboriginal people should not be responsible for it next year.

“The settler people should be the organizers,” she said, adding that the event “has to be owned by the town.”