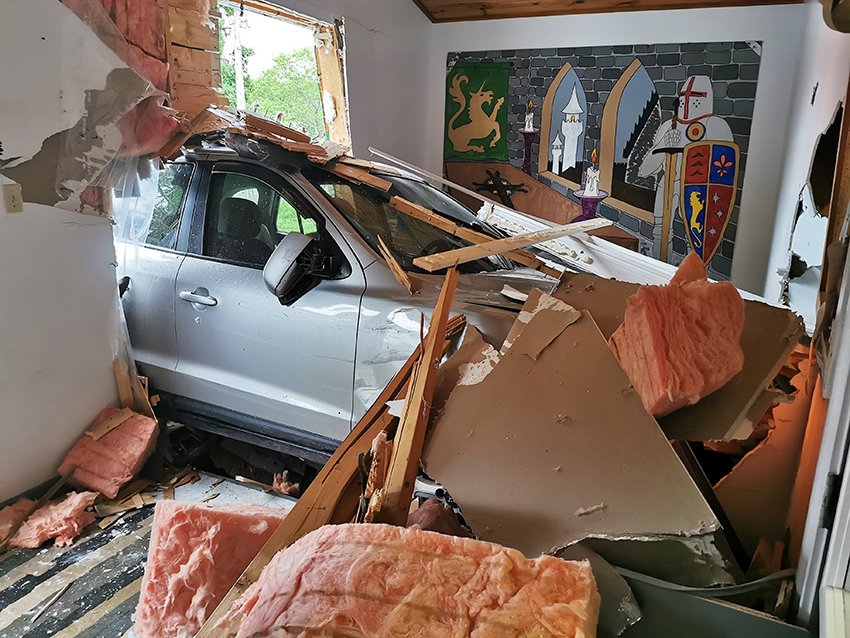 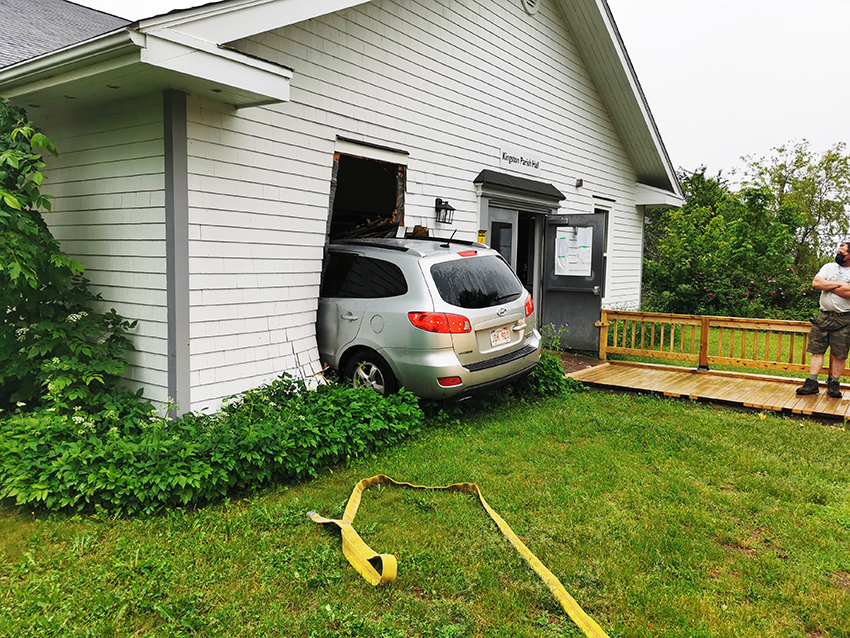 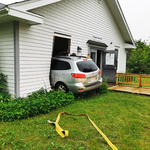 No charges will be laid in an accident that put a large hole in the Parish of Kingston hall.

The Rev. Douglas Painter was having a post-dinner rest June 15 when he heard a large bang. Looking out, he saw nothing, but soon the fire department, paramedics and RCMP were on scene to deal with an SUV that had crashed through the front wall of the parish hall.

“I looked out and saw a car sticking out of the hall,” he said.

The SUV came to rest straddling the stairwell to the basement and breached an interior wall. The driver was taken to hospital as a precaution and later released.

“I contacted the family involved to make sure they were OK and that they [knew] we were thinking of them and praying for them in what will be a difficult time in terms of paperwork and the work that has to be done now,” said Douglas.

Access was restricted until adjustors and inspectors visited and confirmed there was no structural damage. Even so, the hall has not been busy due to the limitations of the pandemic. With restrictions lifting in the coming weeks, the hall will get busier, hopefully just as the repairs are being finished, he said.

Douglas is especially thankful because the situation could have been much worse. There is normally a daycare operating in the basement, but the crash occurred in the evening. Further, the parking lot is adjacent to the village school, and all children and buses had gone for the day.

As well, the custodian, Wayne, and the parish cat, Ricochet, were inside the hall at the time but uninjured.

“It is what it is, and we will cope. Everyone is safe and that’s the most important thing,” he said.

PHOTOS:  Photos, provided by Douglas Painter, show the situation at the Parish of Kingston Hall on June 15 after a vehicle mistakenly drove into the building.

Kingston And The Kennebecasis
Trinity, Kingston