The little camp that could — and does!

Nostalgia is a big part of Camp Brookwood's success 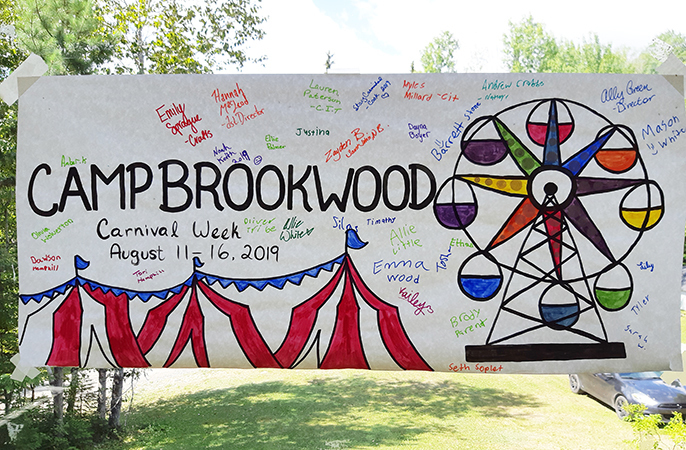 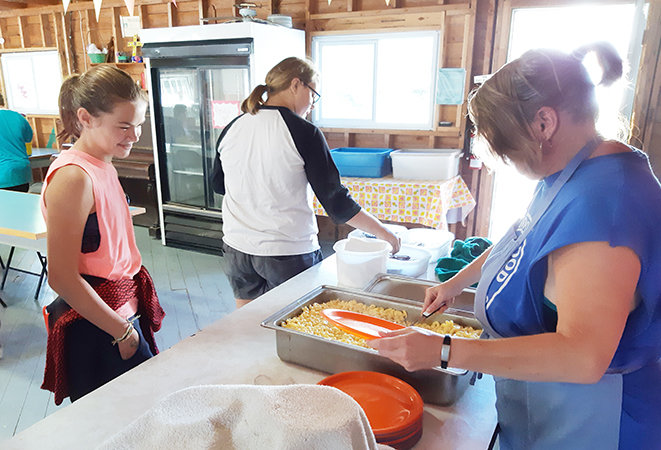 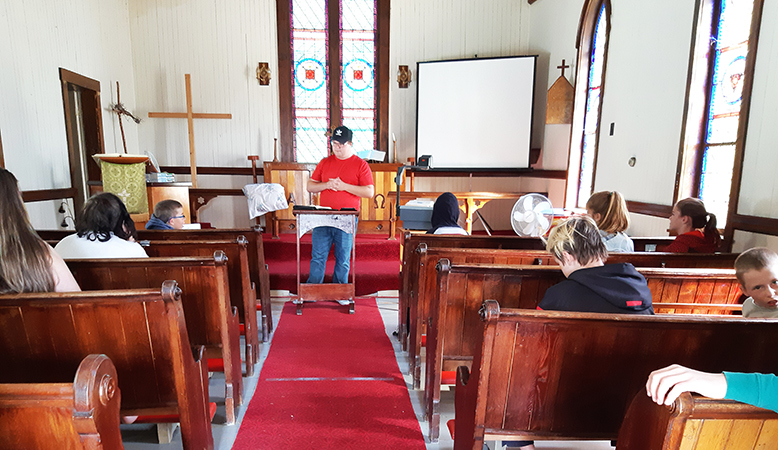 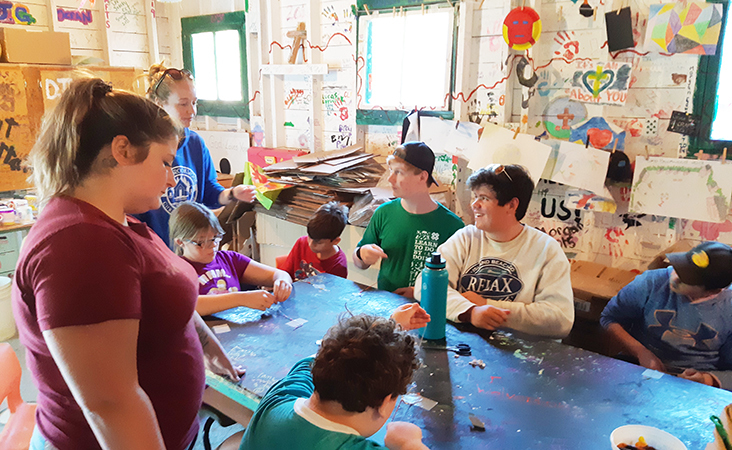 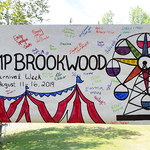 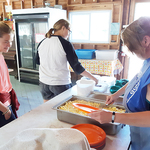 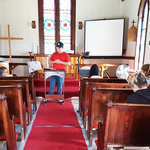 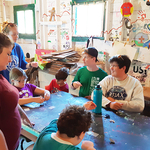 The cabins are small, the bathrooms are in one central building and the dining hall is definitely retro in its décor. If you were hoping for a wifi connection, you might be out of luck.

If we’re being honest, Camp Brookwood looks like something out of the 1970s. And that’s just fine with campers, staff, and its many supporters.

The much-loved diocesan camp near Florenceville-Bristol has wrapped up another successful summer, with a total of 152 campers enjoying the simple pleasures of walks in the woods, games of soccer-baseball, tie-dying shirts, home-cooked meals and stories from the bible.

“The idea behind Brookwood is to give kids an experience,” said director Ally Green. “We’re willing to support that [financially].”

This summer, 65 per cent of campers were sponsored, meaning someone or some organization — a generous donor, a parish or an organization — paid the $200 fee that allowed them to come for a week to be immersed in games, crafts, bible stories, camp fires, silly camp songs, hearty meals and uncomplicated fun.

This summer, Ally estimated that 70 per cent of the kids who attended were unchurched. There’s a line on the registration form that asks for the child’s church or parish, and in most cases, it’s left blank.

That’s one week a year to hear the gospel. Most campers are from the north-west area of the province, where it’s mostly rural and churches sometimes don’t even have a youth group for them to attend, said Ally.

As has been the case each summer, the Inner City Youth Ministry brought a bus load of 24 children from Saint John, all of whom were sponsored.

Each of the seven weeks, there is a chaplain who oversees chapel. This could be a priest, a layreader, a youth leader or just a mature Christian comfortable with sharing their faith with children.

To pull off a successful camping season, there is a small army of support behind the scenes, which begins with Mary Lee and Dwight Phillips, who have been the camp’s nearby go-to people for a number of years.

“Whenever I need something, I call them,” said Ally. “I don’t think the camp would still exist without them.”

The staff are mostly former campers who age out but keep coming back to work year after year, said Ally. It becomes a family tradition, with multiple siblings camping and then working at Brookwood.

And there are generous individual donors and a number of parishes, Anglican groups and community groups that raise money annually for camper sponsorships and camp upkeep.

The extra pairs of shoes, and rubber boots, are needed for brooking — walking, splashing and discovering what’s in the brook that runs through the camp. It’s a long-time, much-enjoyed tradition at Brookwood.

The games are also a big feature of summer camp. “Ollie Ollie Oxen Free,” the origin of which is a mystery, is basically hide and seek. “Museum” is a game where participants run around while the ‘security guard’ is not looking, but must become statue-like when he or she is near them.

“Pirate” requires absolute silence. Someone is blindfolded and sits on a bench, under which a first-aid kit is placed. This person listens closely for movement. When heard, he or she ‘shoots’ at the noise makers with their fingers. If you get shot, you’re out. But if you manage to sneak up and steal the kit, you’re the pirate — and the winner.

Capture the Flag is another big favourite. Wikipedia’s rules say there are two teams, each of which has a flag. The objective is to capture the other team's flag, located at the team's "base," and bring it safely back to their own base.

“The kids get right into it,” said Ally. “They’re creeping up through the woods. We’ve had to set some pretty harsh rules — ‘OK kids, you’re not in the military!’”

Meals are another highlight of camp life. Stacy Carmichael has been the cook for seven of the last eight years. What keeps her coming back?

“The staff, the campers,” she said. “My children came here. We have a history, and quite possibly God keeps bringing me back.”

The camp is rather small by modern standards. It can accommodate about 40 people at a time, including staff. Most camp weeks see about two dozen campers, for a total annual capacity of 182. This year, the camp operated at 84 per cent capacity.

Late in August, two former staffers who met at Brookwood — Claire Rideout and Griffin Broad — were married there by the Rev. Chris Ketch, who is a popular camp chaplain each summer and the priest-in-charge in the Parish of Kent.

Next year will likely be Ally’s last year at Camp Brookwood, as she hopes to launch a teaching career by 2021.

You can support Camp Brookwood by visiting the diocesan website and clicking on donate at the top right. From the drop-down menu, choose Camp Brookwood. www.anglican.nb.ca

PHOTO CAPTIONS:
1. A banner announces the theme week at camp.

3.  Chaplain Zach Wilson, a first-timer at the camp, leads the kids in daily bible lessons.

4. Morgan Edwards (in red) and Ally Green (in blue) during a craft session.

Shirley Noseworthy over 1 year ago

Great article! Thanks for sharing about this little gem for children and youth ministry! A big shout out to the staff, volunteers, and supporters, board members, and of course to the parents who send their children! God bless you all!