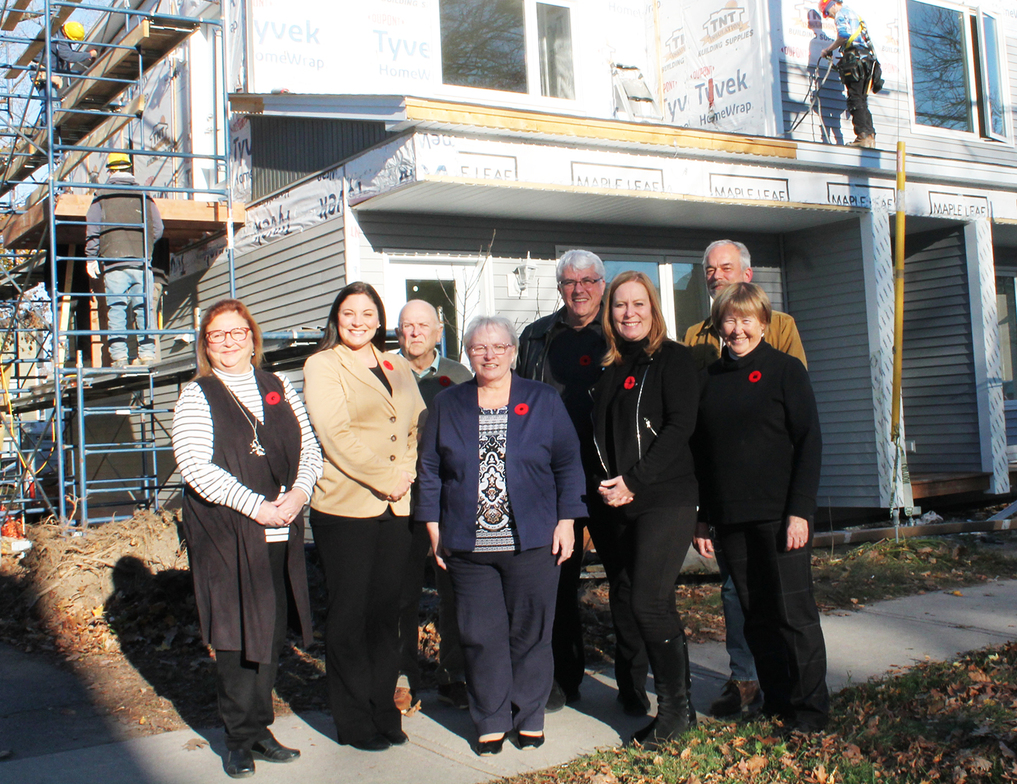 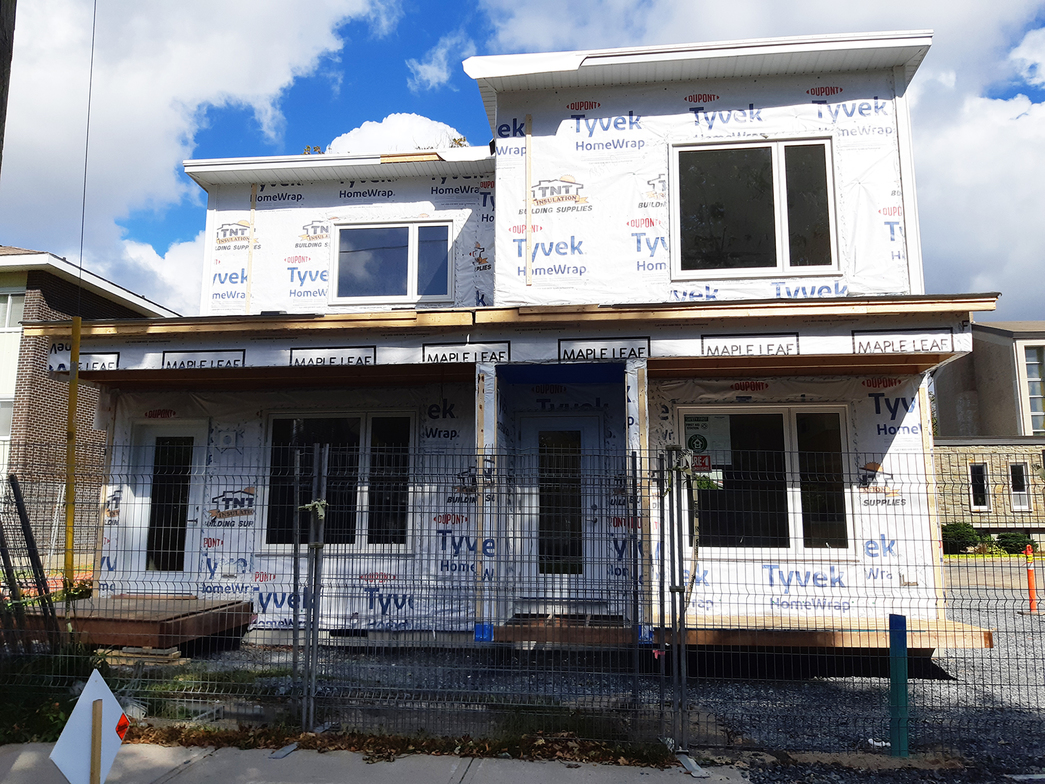 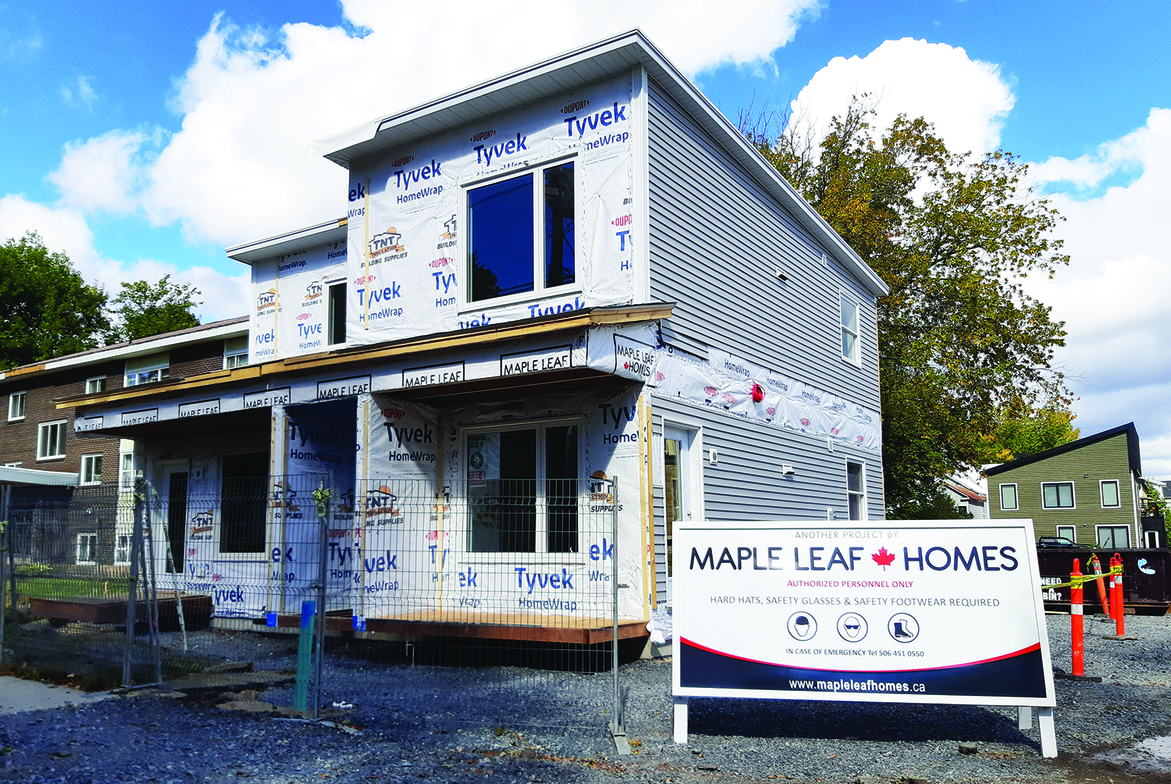 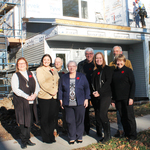 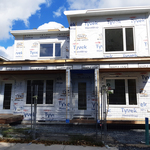 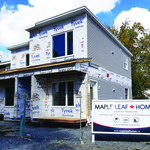 It was four years ago that Christ Church (Parish) Church in downtown Fredericton began the long path to becoming a landlord.

Supply chain issues are holding things up, but very soon the Rev. Canon Wandlyn Snelgrove and the congregation hope to welcome four single people into tiny homes on the church property.

During those years, the five-person committee at CCPC navigated a sea of red tape, many delays, a myriad of regulations, three levels of government and many community partners, helped along the way by Jason LeJeune, an advocate for the homeless and a city councillor.

“When we started, we had a couple of congregational meetings and the answer was yes,” said Wandlyn. “There was no financial burden on us at all. We had the land, and we agreed to be friendly neighbours and good landlords.”

The housing strategy implemented in the tiny homes project is called Housing First, a concept that says if you give a homeless person secure housing and support, they have a much better chance of dealing with their issues and turning their life around.

Until this concept came into play, the onus was on the homeless person to turn their life around first — while living on the street — and then be accepted for housing.

In Fredericton, Jason raised a lot of money to fund projects, but what he needed was faith communities to step up and be landlords. CCPC and Smythe Street Church answered the call. Smythe Street’s tiny home project on Jaffrey Street is also about to welcome its first tenants.

“It’s been absolutely incredible what Jason has been able to do,” said Wandlyn. “I have no doubt he was working himself to the bone.”

The four-unit house, built by Maple Leaf Homes and moved onsite, sits on the Charlotte Street side of the church property, where Morgan House once stood.

“Morgan House was bequeathed to our parish and used as a student drop-in centre,” said Wandlyn. “It was eventually torn down.”

The new build has one wheelchair-accessible apartment, which is a studio. The other three are one-bedroom units.

“They’re really lovely,” said Wandlyn. “They’re not big, but the kitchen is very well laid out.”

Once the building is finally completed, the parish will work with the Department of Social Development to find tenants.

“They’ll try to get people who’ve shown they can live within four walls,” she said. “It’s difficult to go from the street, and some can’t handle it.”

The SUN group — Supportive Housing Network — will collect furniture and give tenants starter packs to help set them up with what they need.

Wandlyn is hoping for tenants by January 1, but “I gave up guessing. No more prophesies from me!” she said.

Once they’re moved in, the relationship between tenants and landlord will take shape — in the form of coffee invitations, chats and even opportunities to volunteer if they want it.

A social worker will see to their needs and provide supports in hopes that the tenancies will be long term.

CCPC will collect the rent, which is subsidized through Social Development. This rent will form a fund to pay for maintenance. Excess monies will go to the United Way for future housing projects.

“It’s been quite an adventure,” said Wandlyn. “We’ve learned so much about how this works. Patience is important.

“It seems like a lot of work for four people, but small things grow into big things. We’re part of a bigger picture.”

JASON LEJEUNE
Jason helped raise money for housing projects beginning back in 2017. Then he became project manager for the United Way, one of the partners. His role was to find landlords, like CCPC, to take on a housing project.

He’s delighted to see this one coming to fruition.

“We’re all really excited, mainly because we’re now in a position to help people,” he said. “It’s been a long road.”

For the four people who move in, it will be their first stable housing in a long time, and with the supports that come with their tenancy, the impact on the community will be great, said Jason.

“I think Christ Church (Parish) Church is a very patient, willing partner,” said Jason. “It’s heartening to see faith-based groups come forward to be involved in such a meaningful way.”

HOUSING FIRST
The Housing First concept has proven to be a money saver, with savings to health care, policing, court, jail, mental health, shelter and addiction services. A study of HF programs in Alberta reported cost savings of $1.17 to $2.84 for every dollar invested in Housing First.*

Another study showed the cost of homelessness in Moncton, for the services listed above, amounted to about $30,000 per homeless person, per year. The estimated annual costs of HF is between $6,311 and $7,868 per person.*

2 & 3.  The four-unit building on Charlotte Street should be ready for occupancy in January.  McKnight photos